Now 18 months into recovery: ‘There’s hope for anybody’

When Joanna’s* grandmother was in the hospital recently, she drove 12 hours to be by her side. She spent the next several days in the hospital room. She was there to fetch a sip of water or adjust the pillows just so.

Most of all, she was simply there. Because the last time, she wasn’t.

“These are the living amends they talk about,” says Joanna, who had been in the depths of addiction the last time her grandmother was in the hospital.

“At that time, the mental obsession to use was stronger than any love I felt,” she said. “I could not sit in the hospital room without mentally checking out. I was planning how I was going to sneak out when she fell asleep and do what I needed to do — then slip back in before 5 a.m., so she’d think her “perfect” granddaughter was still sitting there beside her.”

Days later, Joanna reached the point where maintaining the lie became truly unbearable. She had been using for eight years. If the drugs or the lifestyle didn’t kill her, she was afraid that her depression would.

Joanna called a friend for help and got in touch with American Addiction Centers. She checked in to Oxford Treatment Center for a 30-day stay. A year and a half later, she’s remained in the area and is rebuilding her life as part of the local recovery community.

“It was the scariest thing I’d ever done, leaving my entire ‘life’ behind,” Joanna said. “Looking back, I didn’t have a life. I was a slave to everything I put in my body.

“Today, the drugs are no longer part of my life, and I haven’t lost anything by giving those up. I’ve gained a lot.”

Joanna had never been to treatment before. But she knew people who had.

Hundreds of miles from home, separated from all she’d known before, Joanna expected that getting away for those 30 days ought to set her life straight.

“I thought I could go right back home, and go back to school or get a new job,” she said. “I was very fortunate to have therapists and peers who could look at me and say, ‘You’re living in a dream world. You’ve spent years living the way you were living. Thirty days isn’t going to be enough to change all of that.’”

What those 30 days did was enable Joanna to understand the challenge she faced through the disease of addiction, as well as introduce her to the tools, skills and habits she would need to build a strong recovery. She had to learn new ways of coping if drugs and alcohol were no longer an option.

“The biggest misconception I had was that if I gave up drugs, life would always be easy,” she said. “The truth is, dealing with life on life’s terms is really difficult at times. Right out the gate, there were some setbacks. I’ve dealt with death. I’ve dealt with car accidents. I’ve dealt with all the challenges of having to start your life over.

“Treatment was just part one; to have a strong recovery, I have to continue to put in work each and every day.”

Joanna followed her treatment team’s advice and continued through Oxford Treatment Center’s Sober Living and Intensive Outpatient Program (IOP). Living in supervised housing alongside others in early recovery was an opportunity to practice what she’d learned in residential treatment.

“It allowed me to look at everything underlying what had been going on. I learned to let other people teach me how to get through each day — without reaching for something that comes in a pill or a bottle,” she said. 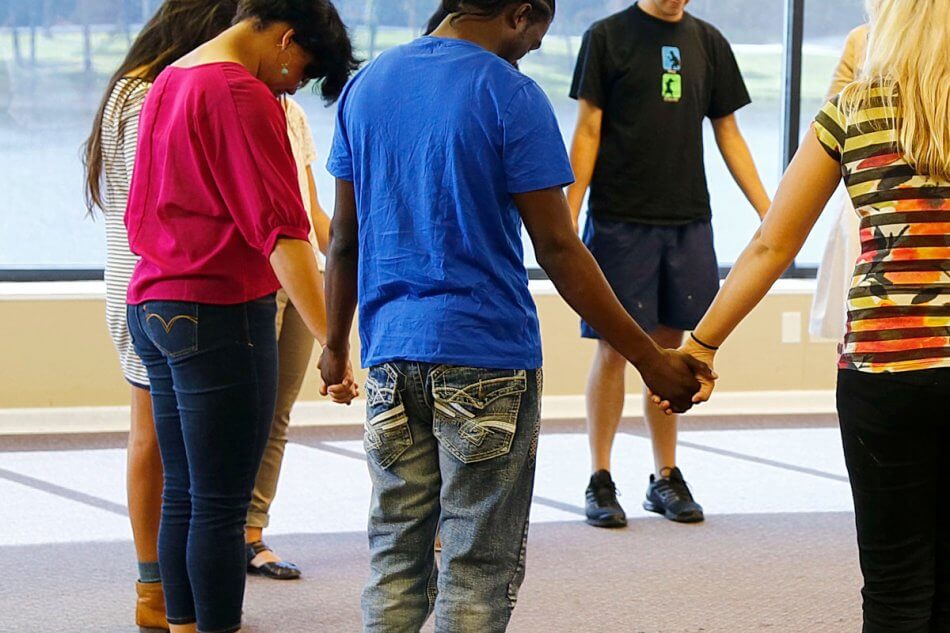 Through IOP, Joanna continued taking part in group and individual treatment sessions at the Oxford Outpatient Office, while also attending NA and AA meetings in the local recovery community.

Slowly Joanna became more comfortable at meetings. She even got used to the hugs.

“Around here, there’s lots of hugs,” she said. “It was hard for me to allow myself to feel love from people that I didn’t know. It was hard to believe that they had my best interest at heart. They didn’t want anything in return. They just wanted to help me not go back to the way I used to be.”

Today, Joanna counts some of those people among her closest friends.

“I met them in one of the darkest times of my life, and now I couldn’t imagine my life without the support they provide on a daily basis,” she said. “They’ve been there to hold me up when I couldn’t do it on my own, and they’ve been there to celebrate really beautiful times with me, too. It’s like an extended family.”

Living in her own home now, Joanna works as an executive assistant. She gets up early, drinks a lot of coffee and keeps life simple. The relationships in her life are mending, including those with family members back home. And slowly, she’s regaining her confidence in life — this time, without any substance to prop it up.

She sees from a new perspective now what the therapists at Oxford Treatment Center told her.

“If I would learn how to be vulnerable, and if I would remain willing and teachable, they promised me I’d find a new way to live,” Joanna said.

“It’s proven to be true. Before, I felt like recovery was something that may work for other people, but it wouldn’t work for me. So far, it has. I’m overwhelmingly grateful today… and I believe there’s hope for anybody.”

*Name has been changed.