Grounded in Recovery: ‘Slowly But Surely’

You know the steps. You know your triggers. You know what it takes to stay sober. But, as anyone who has struggled with addiction can attest: Knowing and doing are not the same thing.

“I thought it would be a good idea to take a drink to congratulate myself for winning an award at work,” recalls Steve*, who had been sober for five years. “I thought I was cured.”

That one drink quickly turned into many more. But when a major car wreck nearly ended his life, Steve knew he had once again reached the end of his rope. His sponsor helped him find Oxford Treatment Center.

“It’s easy to get in a rut in recovery,” Steve said. “Oxford Treatment Center gave me a chance to get grounded again and get my feet back under me.

Among those in recovery from drug or alcohol addiction, relapse is not uncommon. The National Institute on Drug Abuse (NIDA) estimates a 40 to 60 percent relapse rate for drug addiction — but also points out that other chronic diseases like hypertension, asthma and Type 1 diabetes have a similar rate. 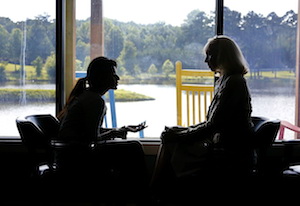 As with those diseases, addiction can be managed by the individual day-to-day, but requires professional intervention when a medical crisis occurs.

“A relapse is not necessarily the result of an addict’s lack of desire to stay clean,” said Garry Reifers, founding program director for Oxford Treatment Center.

“Relapse speaks of the power of the disease and the delusions that come with it. Through therapy, you become more realistic about what it takes to treat the disease.”

In Steve’s case, 30 days spent at Oxford Treatment Center enabled him to confront some of the underlying issues that caused his addiction to resurface.

During his five-year recovery, Steve had been through a lot. He had lost his family through divorce, then lost all his belongings in a devastating home fire.

“I had gotten caught up in myself, thinking ‘poor and pitiful me,’” he said. “My addiction ultimately brought to life things that needed to be addressed in my life.”

“Instead of praying to a ‘God of my understanding,’ I prayed to ‘a God of my misunderstanding,’” Steve said. “But I wanted so badly to stay sober, I was willing to try anything.”

His “misunderstanding” of God evolved into questions for God, and eventually into prayers of gratitude.

Today, Steve is three years into his new recovery journey — a journey he is sharing with his girlfriend, whom he met in treatment and began dating several months later. He is committed to maintaining the recovery program.

Whether going to a meeting, talking to his sponsor, working the steps, or building a spiritual connection, he knows the program takes a daily commitment.

Steve has also come to believe in the importance of sharing his story, so that it might help others.

“My recovery is strongest when I’m helping someone else,” he said.

Looking back over the last several years, Steve reflects upon all he gave away during his addiction. Now he is rebuilding relationships and enjoying living in more honesty and freedom.

“Everything that I gave away, this program has given me back,” he said. “Slowly, but surely.”

*The patient’s name has been changed.