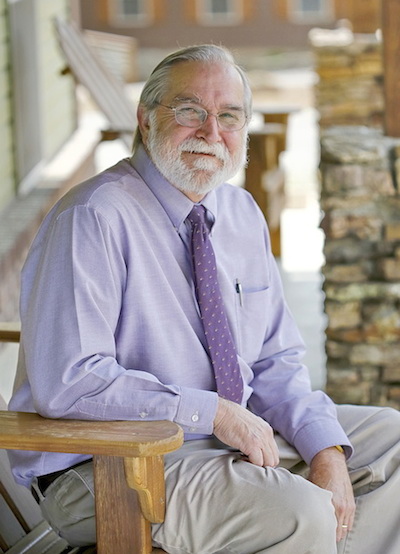 It’s with a spirit of gratitude that Garry Reifers is reflecting upon a long career in the substance abuse treatment field, as he steps down from full-time work at the end of February.

Oxford Treatment Center’s founding program director is shifting into a part-time role in staff training and education. The transition comes as Reifers marks his 66th birthday this month. He had long planned to retire when he reached that age — but instead, he agreed to Oxford Center CEO Billy Young’s invitation to stay on in a limited role.

“As Oxford Treatment Center continues to grow in response to clinical needs, it’s important that each new staff member fully understands the philosophy and standards we apply to addiction treatment here,” Young said. “Having Garry continue to serve as a mentor and educator to our staff provides a huge benefit to both to the staff and to the patients they serve.”

“It’s been a pleasure getting to know him and learn from him,” Vinson said. “He is so well-versed in all of the research that guides us as therapists. All the great books and references we refer to in our work, Garry knows them all so well he can quote them.”

As is the case for many professionals in addiction treatment, Reifers entered the field through his own experience as a patient.

A native of Okolona, Miss., he began working in treatment as support staff in the early 1980s and soon earned his Certified Alcohol & Drug Counselor (CADC) certification. Over the years, the addiction treatment field became more structured and formalized. But rather than earning the credentials that would have led him more quickly into supervisory roles, Reifers remained focused on direct patient care.

The experience he gained through counseling hundreds of individuals with addictive disorders one-on-one over the years earned him a depth of understanding no book can hold.

“Sixteen years is a long time to spend on the front lines,” Reifers said. “Even someone like me can learn something if they stay in the trenches that long.”

Ultimately, Reifers’ colleagues at the Haven House substance abuse treatment program in Oxford pushed for his promotion to program director, a role he accepted in 2000.

Under his leadership, the program grew from a 15-bed all-male primary residential program to a 48-bed male-and-female treatment program that treated co-occurring disorders and included a 90-day transitional living program.

“As we recognized the uptick in people with addictions to opiates, we developed the medical detoxification program in response to that need,” Fowlkes said.

During that time, Reifers also introduced Fowlkes to Young, whom he had known from Young’s early days as a counselor in northeast Mississippi’s Region III mental health program.

When Fowlkes and Young decided to open Oxford Treatment Center, Reifers was a natural choice to develop and lead the treatment program.

“Garry has been one of the most admired educators and addiction treatment providers in this area for more than 20 years,” said Fowlkes, Chief Medical Officer of Oxford Treatment Center.

“He is so very well-respected — not just in Oxford but throughout the whole north Mississippi recovery community.”

Amy Fisher, MSSW, now a faculty member at the University of Mississippi, sought her first social work position at Haven House specifically for the chance to learn under Reifers. She continues to call on him as a guest lecturer for her classes on addiction.

“Garry’s experience and depth of understanding gives him a special ability to communicate advanced concepts like the neurobiology of addiction in simple terms,” Fisher said. “He has effective ways of explaining addiction to non-addicts. And among addicts, you could tell those who had began their treatment with Garry because of the solid footing they had to work with as they entered recovery.”

As he steps into his new part-time role as Educator/Trainer at Oxford Treatment Center, Reifers will continue to provide training for new members of the clinical and nursing staff, as well as education on addiction for patients and their families.

From Reifers’ perspective, the arrangement strikes a perfect balance. He is looking forward to slowing down while also staying involved with the program he helped create at Oxford Treatment Center.

“What’s happening here at Oxford Treatment Center — just blasting off the launching pad as we’ve done — is not typical of a treatment center,” Reifers said.

“When we set such a high bar for good treatment in the beginning, I had a feeling this place was going to be incredibly successful. I feel so fortunate to have been part of this.”

“Without Oxford Treatment Center, I would never have been a witness to what a very powerful intervention on addiction these experiential therapies can be,” Reifers said. “I feel so fortunate to have been able to learn so many new things this late in my career.”

With his more open schedule, Reifers says he is looking forward simply to spending more time at home with his wife of 23 years, Jane, whom he describes as “a jewel.”