Vapers Beware! CBD Laced with Fentanyl is on the Rise

Is your CBD laced with fentanyl? It may be hard to believe, but depending on the state and the source; yes!

There’s Something in the Vapor…

A recent episode of the hit TV show “Mom” showed how prevalent cannabidiol (CBD) products are for sale legally. When the main characters visited a cannabis store near where they live in California, everything on the shelves contained some form of marijuana, from salad dressing to gummy bears. Who knew?

Then there’s the smokable variety for vaping. In simple terms, vaping is the breathing in and out of the aerosol, or vapor, from a device, such as an e-cigarette. The chemical can be nicotine. Or it can be THC, short for tetrahydrocannabinol. THC is the substance that produces marijuana’s mind-altering effects. They also can vape CBD. 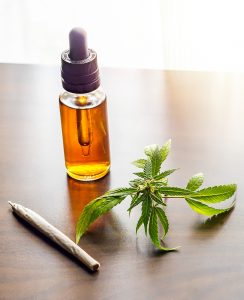 The CBD variation relates to a growing problem with vape products. USA Today recently reported on the serious and increasing prominence of this issue. The said news item conveyed the account of a casual user who vaped at the suggestion of a friend. That’s how the story started. However, soon after, when he slipped into a coma, the setting switched to a hospital with this young man hooked up to various machines. The diagnosis: acute respiratory failure. The culprit: the substance he vaped, CBD laced with fentanyl.

In line with the word “spiked,” what this person vaped turned out not to be CBD at all. Rather, the oil contained a “powerful street drug.” The popularity of vaping has proved a cash cow for vendors in this space. Demand is so strong and regulation so poor, as yet, they routinely forgo CBD for less expensive ingredients, such as illegal synthetic marijuana.

How do we know that? The Associated Press (AP) decided to investigate suspect cases and commissioned a study. That resulted in testing the substance the person featured in the news story above vaped along with many other samples. The director of the lab that performed the testing had a term to describe the findings and risks associated with the vaping trend. He called it “Russian roulette.

The AP initiative confirmed work done earlier along the same lines. Government labs performed testing on suspicious vaping products marketed as CBD across the country. Almost 40 percent contained synthetic marijuana rather than the contents as listed. Where did this turn up? In nearly all cases, in the south. What’s more, in Mississippi, authorities found something else in the vape products. That would be fentanyl. This opioid, described as “powerful,” was responsible for 30,000 overdoses in 2018. That’s right, spiked CBD laced with fentanyl!

The president of the U.S. Hemp Authority weighed in on this issue. This is an industry group that certifies CBD dietary supplements as well as cosmetics. They said: “People have started to see the market grow, and there are some fly-by-night companies trying to make a quick buck.”

The American Association of Poison Control Centers had something to say about this too. This group describes CBD as an “emerging hazard.” It arrives at this conclusion based on the high potential for product contamination and improper labeling. Of note, alleged CBD oil has sent users to the hospital suffering from dramatic symptoms. Where? Clusters occurred in none other than Mississippi.

With Mississippi popping up in the news as a hot spot, as reported, there’s a treatment option to keep in mind. That’s Oxford Recovery Center. A premier drug rehabilitation facility, it wants you to know: Your Recovery Begins Here. It offers a complete continuum of care. The range of services includes medical detox, residential treatment, and a partial hospitalization program. There are several outpatient programs too. It has it all and, for that reason, customizes treatment for each client according to their needs. 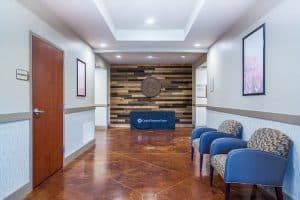 A member of the trusted American Addiction Centers, Oxford Recovery Center provides quality care. You can rely on it. The highly qualified team has in-depth experience in treating adults struggling with addiction as well as co-occurring disorders. They offer innovation and compassion, both vital in creating a successful outcome. On that note, the facility offers clients a guarantee. Complete the 90-day treatment program and you will stay clean and sober. Otherwise, return for a complimentary 30 days of treatment. This pledge is unique in the industry and comes with your stay at Oxford Recovery Center.

To get started, visit the online admissions page. Your health and well-being depend on it.

The Green, Green ‘Grass’ of Mississippi 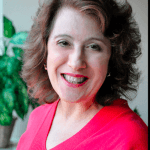 Sherry M. Adler covers a wide range of industries and topics as a freelance writer. She has a passion for her craft and the world at large. Dedicated to using the power of words to inform and energize stakeholders, she named her business WriteResultsRead More

Your Next StepsWe're open across the US. Let's talk options.