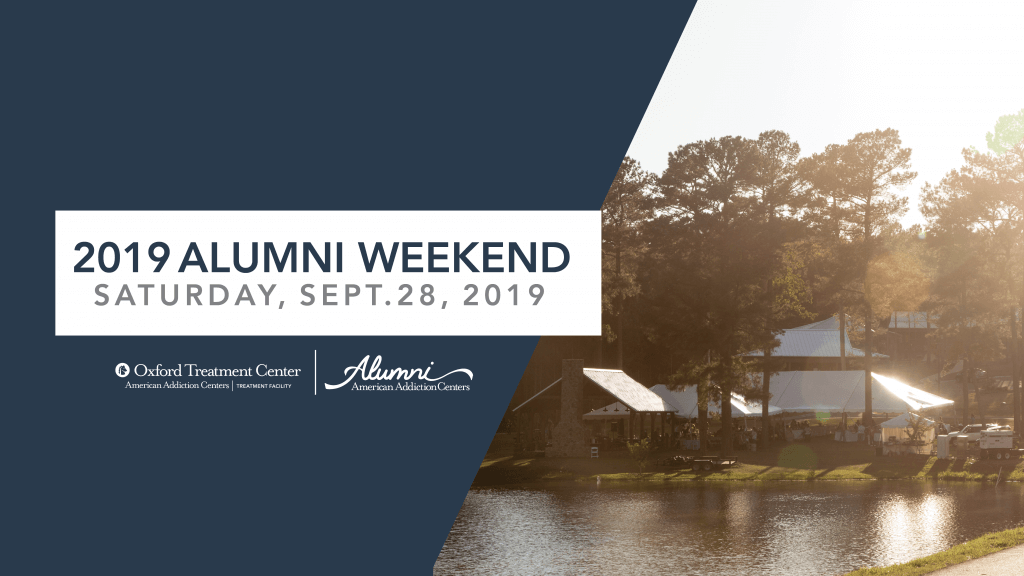 Three alumni of Oxford Treatment Center will share their stories as part of the 2019 Anniversary Weekend.

On Saturday, Sept. 28, alumni and their families will gather at Oxford Treatment Center’s Etta campus for a day of tours, speakers and experiential therapy demonstrations for registered alumni and their guests.

Sharing a message of hope is the goal for Holly P., as she offers her story as part of 2019 Alumni Weekend. 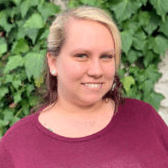 “When you tell your story, it’s an act of service, and you never say no,” Holly said. “Something you can say can reach that one person. Maybe there is someone else out there like me: I want them to know they are not alone.”

Who I was then feels like a whole other person ago.

With substance-abuse problems stretching back even earlier than her teens, Holly was facing legal charges stemming from stolen prescriptions when she agreed to get help. She began her recovery in 2016 at Oxford Treatment Center.

Today she is a lead clinical assistant at Stonewater Adolescent Recovery Center, a treatment center for adolescent males located in Oxford.

“Who I was then feels like a whole other person ago,” she said.

“I used to feel unlovable. I would just cover up my feelings. Today, I am going to therapy and working a program. Overall I am more positive. I realized feelings are not going to kill me, and if I just don’t use, things are going to be okay.”

As alumni and their family gather for the weekend, Holly says it is important to recognize the role of families in recovery and the journey they also face due to addiction.

“In my own family, our relationships have changed completely,” she said. “We did not have a relationship even before I began using drugs, but now we do.

“I have learned how to communicate and express my feelings better. I have also learned that the way that I feel is not my fault — but that healing is my responsibility.”

Her message to others still struggling? Don’t give up. “Hold on,” she said. It’s not going to be pleasant, but it will pay off.”

Five years ago Justin G. was a completely different person — struggling with addiction, but dedicated to turning his life around. 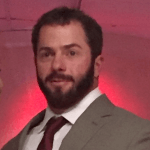 I went in with the mindset that I will do whatever I need to do to get clean.

After he received a concerned warning about his addiction from his work, he decided to enter treatment. He arrived at Oxford Treatment Center’s residential campus in summer 2014.

“I went in with the mindset that I will do whatever I need to do to get clean,” he said. “I lost my job in treatment but stuck with the program. I even stayed another 60 days after I realized I was not ready to go home.”

Justin said his family has always been important to his recovery journey. He said he was motivated by his two children and supported by his parents, who helped care for the children while he was in treatment.

Since he left Oxford Treatment Center, Justin has reoriented his life around ways to give back and support others. He serves as a volunteer firefighter and is involved in various community support groups for those in recovery.

“I am always reaching out to others who are struggling,” Justin said. “If I can help someone that does not have much time in recovery, I try. And I am still learning and listening to those who have more time.”

Justin will share his story at Oxford Treatment Center’s Alumni Weekend Sept. 28. He says his message will be about the opportunity that came about through his sobriety.

Today, he is a manager in agricultural retail and active in statewide professional associations. He says he met his wife after a year and half of being clean.

Justin said he has seen a huge transformation in himself and in the relationships he has with his family.

“I am able to be there for my family more and be a better role model for my children,” Justin said. “I help with school work, coach peewee football — those things are a lot more rewarding than the life I lived before.”

As Oxford Treatment Center alumni gather for 2019 Alumni Weekend, Carol M.’s goal is to help others feel empowered through their story and to find support through community.

Recovery is possible for anyone. 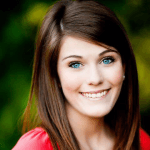 Carol, a Nashville native whose journey to recovery began five years ago at Oxford Treatment Center, said she decided to remain in Oxford due to its active recovery community.

“Towards the end of my stay in sober living, I had made friends and connections in Oxford and began to become more involved with meetings and the larger recovery community here,” she said. “For me, Oxford was a safe place. It would have been hard to leave.”

Carol remains active in the Oxford recovery community.  She attends meetings, sponsors others, participates in recovery programs, and is a frequent speaker on the topic of addiction and recovery.

“I try to be open about my story and not keep it a secret,” she said. “I think that helps to work towards breaking the stigma and embarrassment that comes with addiction. It also opens doors for others when they need someone to reach out to.”

As someone who herself walks daily in recovery and alongside others, Carol said she wants to encourage others that their recovery is possible too.

“I did not have any hope before. I did not think healing was possible,” she said. “It does not have to end like that. Recovery is possible for anyone.”

When Carol decided to seek treatment, she said, she had lost hope in her future and in any chance at recovery. She was facing a failed drug screen and time in jail.

“I had given up on hope of a family and any relationship with my own family,” she said. “When I entered Oxford Treatment Center, I did not care about getting clean. I was more motivated to avoid jail.”

The fear of living life sober was as frightening to her as time behind bars.

“I was terrified when I entered treatment,” she said. “I did not know what my life would be like not using — being clean. I didn’t think I could do it.”

Carol said that the efforts made by the clinical team at Oxford Treatment Center slowly changed her entire thought process towards her addiction.

“I grew up knowing what alcoholism was, but I had never been taught about how it is a disease as real as any other disease,” Carol said. “At Oxford Treatment Center, it was broken down to us every single day.”

With the fear of sobriety replaced with understanding, Carol said that she remembers the day her hope returned and she realized her recovery was possible.

“I remember going through stages where I blamed everyone else,” she said. “But then I remember one day sitting in a lecture while in treatment and realizing: Maybe it is me. Maybe I am just too scared to quit, and maybe I really can stop if I try.”

Today, Carol said she lives without the fear and hopelessness she thought she would never escape when she was in addiction.

“A lot has changed,” she said. “The way I carry and care about myself is totally new.”

She said her sense of compassion, taken from her by addiction, has now returned.

“Caring for others has always been important to me, but I was not capable of doing that when I was using,” she said. “Today, I have that back.”