Kratom Tolerance: Do You Need to Take a Break?

Kratom is a plant native to Southeast Asia, where the leaves are chewed, smoked, or consumed as tea recreationally to produce a mild intoxication. It’s similar in many ways to how a couple drinks are often consumed socially in the US while catching up with friends. At very low doses, kratom produces euphoric, stimulating effects; at higher doses, paradoxically, the plant produces sedative effects, which are compared to the effects of opioid drugs like opium, morphine, heroin, and OxyContin. People who misuse kratom are at risk of developing physical and psychological dependence on the drug.

This article will talk about kratom misuse, dangers of this substance, and how to get help.

Kratom Abuse in the United States 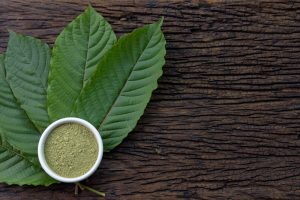 In the United States, kratom is sold as a dietary or nutritional supplement, mostly online. The drug can be found as dried leaves or, more often, as a powder in capsules or a bag. It is recommended that people brew tea with a small amount of the substance, but kratom’s availability in powdered form means that people who misuse the substance may snort it, smoke it, or mix it with other substances like alcohol.

Kratom targets areas of the brain like the opioid receptors, so many of its effects are triggered by the release of neurotransmitters in a process like that associated with opioid drugs, including Vicodin, Percocet, and heroin. Because of the epidemic of opioid misuse and death in the US, people who start taking kratom are, for the most part, trying to wean themselves off opioid addiction. Since the population predominantly misusing kratom in the US is trying to end their own substance misuse, anecdotal evidence states that the drug is not addictive. However, people who already struggle with addiction are the ones turning to kratom for help, and medical studies have shown that kratom can be misused, cause intoxication, and lead to addiction, dependence, tolerance, and overdose.

The Dangers of Becoming Tolerant to Kratom

When people struggling with kratom say that the drug is not addictive, part of what they mean is that their body does not develop a tolerance to the substance like it can with alcohol, benzodiazepines, or opioids. While this has been proven true by scientific research, kratom is still a dangerous drug. It may not be closely regulated at the federal level yet, but kratom is still not recognized as a medication and only as an intoxicating substance of misuse.

There are many reasons misusing kratom can be risky, including:

Taking a Break Is Not Enough with Kratom

Although kratom is technically legal to sell and possess in the US, the drug has no acceptable use in medical practice. It is addictive, especially for people who are opioid- or sedative-naïve. Quitting kratom cold turkey will reduce the body’s tolerance to the substance, but if one quits, then returns to drug misuse specifically to achieve the original intoxicating effects, they put themselves at risk of overdose and death. Instead, individuals should get help safely detoxing from kratom. Then, they should enter an evidence-based rehabilitation program to stay sober and avoid the dangers of substance misuse.

Don’t let the devastating side effects of addiction go on for another day. If you or someone you love is struggling with addiction and are ready to start the treatment process, call us today at . We will connect you with one of our admissions navigators who can help answer all of your questions, including those about insurance and payment options.

herbalkratom
Prefer getting help via text?
We're available 24/7 via text message. Signup below for access to our team when its convenient for you!
and many more...
Your Next StepsFind help & resources or learn more about Oxford.