Dangers of Mixing OxyContin with Alcohol

OxyContin is an extended-release formulation of the opioid pain reliever oxycodone. Opioids suppress the central nervous system while blocking pain sensations. The time-release function of OxyContin slowly releases the drug over a 12-hour period of time to help those who need constant and long-term pain relief.

Within the United States, the National Survey on Drug Use and Health (NSDUH) estimates that alcohol is the most regularly used addictive substance. The boxed warning of OxyContin states that individuals taking the drug should not mix it with other central nervous system depressants, such as other opioids, benzodiazepines, or alcohol due to the risk for dangerous respiratory depression, extreme sedation, coma, or even death.

Like OxyContin, alcohol is also a central nervous system depressant, and taking both at the same time can increase the effects of each substance. Both slow down heart rate, respiration, and blood pressure, as well as lower body temperature. They can also both be mind-altering, and brain chemistry is disrupted by the presence of each. If taken together, all potential risk factors and side effects are exacerbated. OxyContin and alcohol should never be mixed as doing so can cause a host of negative consequences. 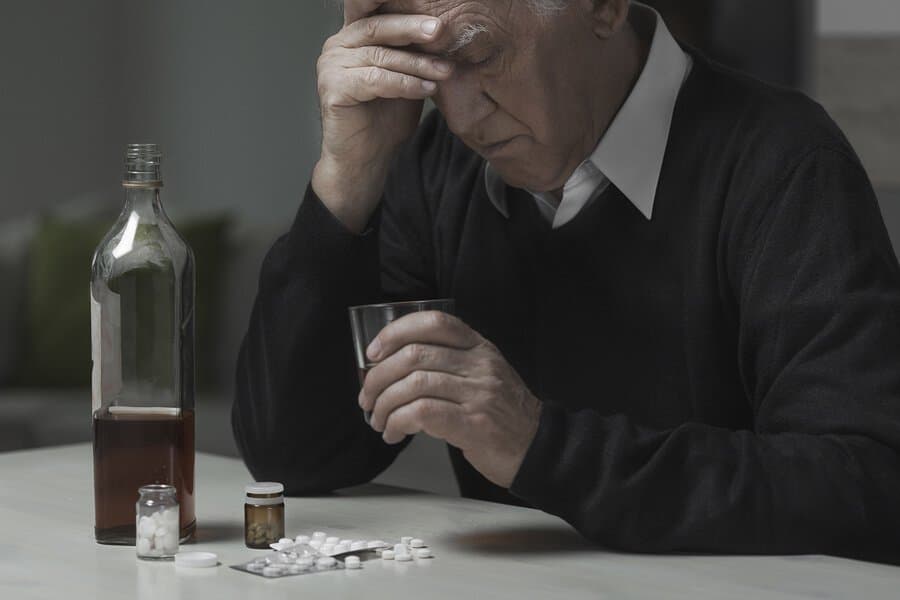 Opioid overdoses are at epidemic levels in the United States. Between 2000 and 2015, more than a half-million Americans lost their lives to drug overdose, the majority of which involved an opioid drug, the Centers for Disease Control and Prevention (CDC) publishes. The World Health Organization(WHO) warns that mixing an opioid drug (like OxyContin) with another sedative substance like alcohol raises the risk for suffering from a potentially fatal overdose. Since OxyContin is a medication that is released slowly over time, individuals may not even be aware of how much of the drug is actually active in their system at the time, and adding alcohol to the mix only amplifies the possible risks.

OxyContin and other prescription opioids are commonly abused. The Substance Abuse and Mental Health Services (SAMHSA) reports that nearly 1.5 million people initiated prescription pain reliever misuse in 2014, according to the National Survey on Drug Use and Health (NSDUH), and over 4 million American adults were considered to be currently abusing prescription opioids at the time of the survey. Abusing OxyContin increases the potential for suffering from an overdose, especially when mixing the drug with alcohol. Altering OxyContin by chewing or crushing it can bypass the time-release function and send all of the oxycodone into the bloodstream at once, elevating the hazards even more.

Signs of an overdose involving OxyContin and alcohol can include:

An overdose requires immediate medical attention. Opioid overdoses can be potentially reversed with the administration of Narcan (naloxone), an opioid antagonist. When alcohol is also present, the overdose may not be as easily reversed with the antagonist medication, and quick medical care is required to best prevent brain damage, coma, and death.

Other Risks, including Elevated Rate of Dependence and Addiction

Both alcohol and OxyContin can impair a person’s ability to make good decisions and may lead to them taking bigger risks, getting into potentially hazardous situations, or falling victim to crime. Thinking, memory, and learning functions are disrupted by alcohol and opioid abuse, and a person under the influence of both may be more forgetful, have difficulties concentrating and thinking clearly, and functioning normally. Both substances also impair motor coordination and leave individuals feeling sluggish and uncoordinated, which may lead to injury and an increased rate of accidents. Potentially hazardous sexual contact can also be a risk factor of mixing alcohol with OxyContin, which can then also raise the odds for an unwanted pregnancy or potentially contracting a sexually transmitted disease.

The Drug Abuse Warning Network (DAWN) published that over 30,000 Americans received medical care in an emergency department (ED) for a negative reaction between alcohol and an oxycodone product such as OxyContin in 2011. Medical complications are often greater, and treatment can be inhibited when multiple substances are involved as well. Mental health issues, such as depression and anxiety, can be complicated and exacerbated. Long-term hazards of mixing OxyContin and alcohol can include liver damage, cardiac and cardiovascular complications, lung infections and disease, and damage to the brain and neural pathways. 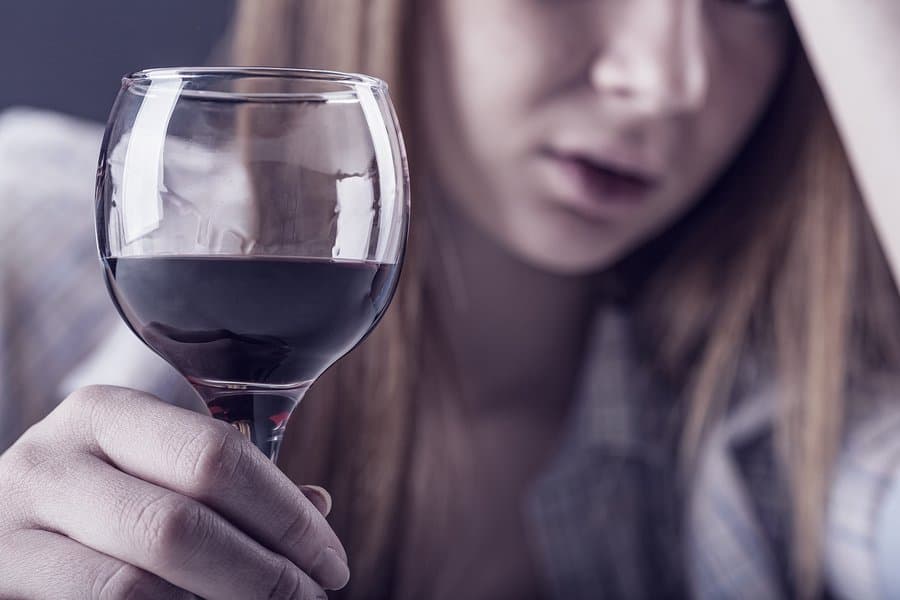 Alcohol and OxyContin both disrupt natural brain chemistry by interacting with levels of some of its neurotransmitters and how they are produced, transmitted, and reabsorbed. Alcohol, for instance, increases sedation and relaxation by elevating levels of GABA (gamma-aminobutyric acid), which works like a naturally occurring sedative, suppressing anxiety and lowering the stress response.

Both alcohol and OxyContin affect dopamine levels in the brain. Dopamine is responsible for helping to regulate moods, aiding in normal sleep and movement functions, and also contributing to some cognitive abilities. High levels of dopamine induce pleasure while low levels can cause depression. Alcohol and OxyContin increase levels of dopamine, which is why a person may feel happy while under the influence of one or both. When they wear off, however, dopamine levels drop and so do moods. The constant yo-yoing of dopamine levels as a result of OxyContin and alcohol use changes the way the brain makes dopamine and can change its function as a result. The brain will rely on the psychoactive substance in order to remain “balanced” chemically. Then, physical dependence is established.

Taking both OxyContin and alcohol simultaneously can raise the rate of tolerance to each substance, making a person feel they need to drink or take more of each to maintain the desired effects. Tolerance and heightened dosage can quickly lead to dependence. OxyContin and alcohol taken together can cause dependence more rapidly than either substance on its own since they both work similarly on brain chemistry and functions of the central nervous system.

Once dependence is established, difficult and even potentially life threatening withdrawal symptoms can occur when the substances wear off. Alcohol withdrawal can be fatal, and the presence of OxyContin raises the possible risks.

Side effects of withdrawal from opioids and/or alcohol include:

Withdrawal symptoms are typically made more intense when more than one substance is abused, and the severity of these symptoms can make a person want to use more drugs (and/or alcohol) in order to self-medicate them. Chronic alcohol and OxyContin abuse can make it hard for a person to stop using one or both of these substances on their own, and addiction may be the result.

According to information published by the National Institute on Alcohol Abuse and Alcoholism (NIAAA), over 15 million American adults battled alcohol addiction in 2015. The American Society of Addiction Medicine (ASAM) reports that around 2 million adults in the US suffered from prescription opioid addiction in 2015.

Addiction is a treatable disease involving brain chemistry as well as physical, emotional, environmental, and behavioral aspects. When polydrug abuse (abuse of more than one mind-altering substance) is present, treatment can be more complicated.

Since alcohol withdrawal can result in the potentially fatal delirium tremens, it is never recommended to stop drinking suddenly once physical dependence has formed. Opioid withdrawal can be uncomfortable as well, and both alcohol and OxyContin may need to be weaned off slowly in a controlled tapering schedule during medical detox to ensure safety and controlled withdrawal symptoms. Opioids like OxyContin may be replaced for longer-acting ones during detox, such as methadone or buprenorphine. Medications may be used during alcohol detox to wean clients off the substance and lessen withdrawal symptoms.

Medications are often an important component of detox. When dependence on more than one substance is present, medical providers will need to use great care to prevent any potential negative interactions or complications. For this reason, it is always important to disclose any and all drugs that may be in one’s system prior to receiving care. A drug screening and detailed assessment are often performed prior to admission into an addiction treatment program in order to ensure an optimal care plan.

Treatment compliance can also be hampered by polydrug abuse and addiction. Teams of medical, mental health, and substance abuse providers all need to work together to design and carry out a specialized and comprehensive treatment plan to help minimize relapse and therefore enhance recovery.

Don’t let the devastating side effects of addiction go on for another day. If you or someone you love is struggling with addiction and are ready to start the treatment process, call us today at . Oxford Treatment Center, American Addiction Centers’ Mississippi drug and alcohol rehab center, is ready to help you get the treatment you need today.

alcoholopiateoxycodoneprescription
Prefer getting help via text?
We're available 24/7 via text message. Signup below for access to our team when its convenient for you!
and many more...
Your Next StepsFind help & resources or learn more about Oxford.