Safe Ways of Detoxing from Vicodin

Vicodin is the brand name for a powerful opioid painkiller used to treat moderate to severe pain. It combines the synthetic opioid hydrocodone with a high dose of the common painkiller acetaminophen – better known for its use in mild pain medications like Tylenol. Vicodin first appeared on the market in 1978 and quickly became popular for its quick and pleasant effects that proved to be highly addictive.

Once addicted to an intoxicant like Vicodin, the only way to get on the road to recovery is through detox – the process of letting the drug leave the system – and comprehensive treatment. For an addicted person, detox involves enduring withdrawal. Symptoms of withdrawal are generally very unpleasant and come with intense cravings as the body calls out for the substance it’s come to rely on for normal functioning.

Withdrawal from opioids is not in and of itself dangerous, but in individuals with co-occurring health issues, it can trigger serious and potentially life-threatening symptoms. Because of this, health professionals do not recommend attempting to tough it out through withdrawal on one’s own. There are plenty of treatment options for individuals addicted to Vicodin that can make the process much safer and more comfortable.

It’s also important to start the treatment process as soon as possible once an addiction has been identified. Vicodin has been singled out as a particularly dangerous medication due to its high acetaminophen content, and the Centers for Disease Control and Prevention found that deaths from prescription medications exceed those from illegal drugs at all age groups. Combined with the addictive and tolerance-creating hydrocodone, the potential for overdose is high and very concerning. Overdosing on Vicodin can cause acute liver damage even in previously healthy individuals due to the fact that processing acetaminophen in the liver creates high levels of a byproduct that is toxic to the organ. Liver damage and failure are serious medical conditions that can result in coma and death.

The severity of withdrawal symptoms depends largely on how heavily it was abused and how long an individual has been taking it. It is possible to become dependent on Vicodin even when following a doctor’s orders and taking no more than the recommended amount each time. However, the higher the dose a person has come to rely on, the worse withdrawal symptoms tend to be. People may even experience mild withdrawal symptoms after taking Vicodin for only a few days.

Withdrawal symptoms typically begin 24-72 hours of when the last dose was taken. A few days after their start, symptoms tend to peak in intensity, tapering off over the next couple of days. The entire process usually takes about 12-14 days. In extreme cases, some symptoms have been known to last for weeks.
Typical withdrawal symptoms include:

Many people who have gone through Vicodin withdrawal have described it as the worst flu they’ve ever endured. It’s important to stay hydrated if vomiting, sweating, and diarrhea are some of the symptoms. Anyone with heart problems should absolutely consult a doctor before coming off Vicodin.

While opiate withdrawal is not generally life-threatening, medical detox is recommended due to the potential severity of withdrawal symptoms.

For those who are truly addicted to Vicodin, quitting “cold turkey” without medical help is very difficult and can be dangerous. Anyone who suspects addiction to an opioid like Vicodin should first consult a primary care physician or addiction specialist to determine the best course of action. In the US alone, there are over 14,500 specialized drug treatment centers available to help people get on the road to recovery.

Many hospitals and treatment centers offer medically supervised detox – a process in which an individual is checked in to a facility where medical professionals can constantly monitor progress and vital signs to ensure that symptoms don’t get out of hand. This treatment method also allows clients to obtain medications for any of their withdrawal symptoms to make the entire process much more comfortable. Everything from intense anxiety and insomnia to a runny nose can be treated. The goal of medically supervised detox is to make the process as comfortable as possible – discomfort means the treatment is not ideal and should be adjusted.

Medically supervised detox may also involve tapering off the dose of the drug. Clients will be instructed to take smaller and smaller doses of Vicodin over time until they can stop altogether. This can cause some mild withdrawal symptoms but typically makes them much more manageable. However, this may not be a viable method for those who have a history of relapse. It can be far too tempting to go back to a higher dose, which can increase the risk of overdose. 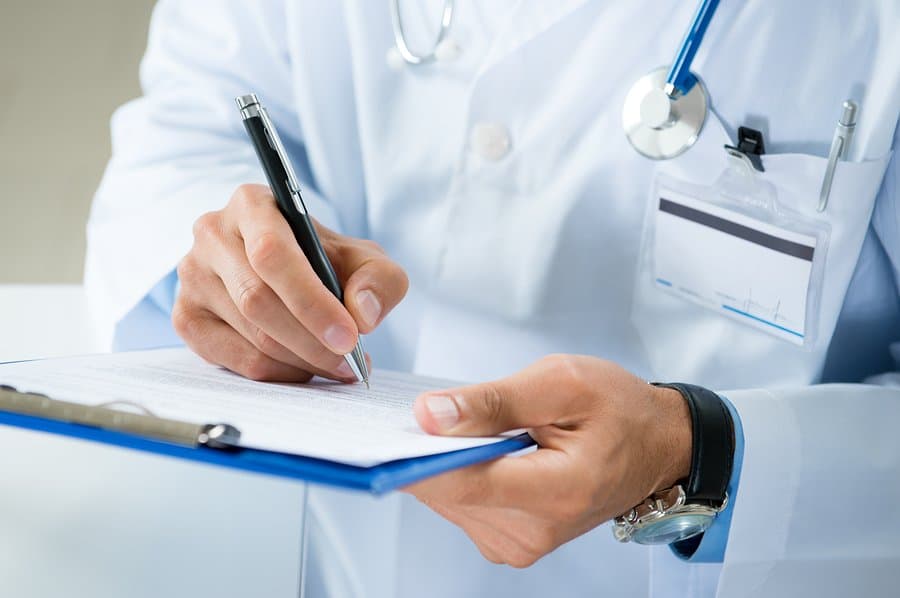 Fortunately, when it comes to opioids, there are a number of medications available that can help individuals combat cravings and other withdrawal symptoms and successfully quit. The original opioid addiction medication is methadone. This substance is another opioid, so taking it satisfies cravings for drugs like Vicodin and prevents most withdrawal symptoms. However, methadone does not produce the euphoric high associated with other opioids. Methadone became the go-to treatment for those addicted to heroin for many years until alternatives were invented.

Buprenorphine, a synthetic opioid, was approved for clinical use in 2002 as a safer and more convenient alternative to methadone. The problem with methadone is its high potential for overdose – the effects of the drug tend to wear off long before the substance has actually left the body, leading people to pile on extra doses. After overdose deaths from methadone spiked, treatments with the drug became highly controlled. Generally, methadone can only be administered by a medical professional at a specialized facility that an individual must travel to on a daily basis. Still, it was found that in 2012, one in three prescription painkiller overdoses were attributed to methadone despite the drug making up only 2 percent of all painkiller prescriptions that year.
Buprenorphine is relatively safe and became the first opioid addiction treatment medication that could be dispensed via prescription and taken home by clients to self-administer.

Like methadone, it prevents withdrawal but doesn’t produce a real high. It’s typically mixed with naloxone, a medication that blocks opioid receptors, preventing the drug from working entirely. However, this will only be activated if the medication is crushed or dissolved to be snorted or injected. This is meant to prevent the drug from being abused, since it is still an opioid and has the potential for abuse and addiction. The activation of naloxone brings on an instant and intense withdrawal.

Once switched to a drug like methadone or buprenorphine, individuals can then be slowly weaned from this new medication with a much smaller risk of relapse. Methadone is tightly controlled to abuse, making it difficult to abuse, and individuals addicted to opioids like Vicodin find little pleasure in abusing buprenorphine in its original form. With that in mind, and with cravings and withdrawal symptoms managed, it’s much easier for an individual to stay the course and get to the point that no opioid is needed at all.

Buprenorphine has been effective for many individuals in recovery, but it is only approved for use as a part of an overall treatment program that includes support group attendance and/or addiction therapy. It’s just as important to have emotional support as it is to overcome the physical symptoms of detox if sobriety is the goal.

detoxopiateprescriptionvicodin
Help is a Phone Call Away
Please don't suffer with substance abuse thinking no one cares. We care and want to help you get back to the life you deserve.
Get the Info & Help You NeedWe're open across the US. Learn about your options.