‘Telling Oxford: Our Path to Recovery’

By the time she began studying at a local community college, Carol M. had a hard time figuring out which degree to pursue. Her future was only just coming into focus, beyond the darkness of active addiction.

“I’ve changed my mind so many times,” the 23-year-old told a quiet audience of more than 100 people. “Because I really didn’t expect to live this long.” 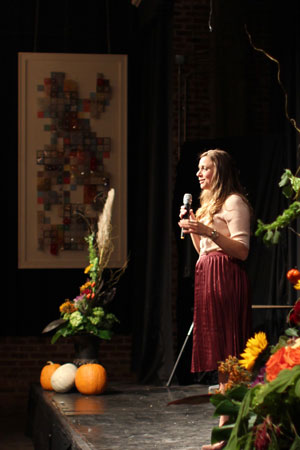 Angela Quadrani shares her story as part of Telling Oxford

Speaking at a fundraiser to support college students in recovery from drug and alcohol addiction, Carol said she’d found hope by coming to Oxford Treatment Center and by staying to join the local recovery community. She completed treatment in 2014, and has gone on to resume her studies while earning a job as a manager.

“My life today is so different and so full of hope,” she said. “I’ve surrounded myself with women who are honest with me, even when it hurts.

We have something so special here in Oxford — a community of people who truly care about your well-being.

That community was on display in a new way at the Nov. 2 event, “Telling Oxford: Our Path to Recovery.”

A fundraiser for the University of Mississippi Collegiate Recovery Community, the event featured six people sharing their stories on stage at the Powerhouse Community Arts Center. Josh Campbell, a professional storyteller with Spillit Memphis, worked with the group in advance to identify themes and hone each person’s story. The ticketed event included a seated tapas-style meal by My Michelle’s and entertainment by Luke Fisher & Friends.

“It’s great to look out over this room and see the commitment you all have to recovery and to this recovery community,” said Billy Young, co-founder and CEO of Oxford Treatment Center. “Oxford has the opportunity to continue to grow as a safe haven for people recovering from the disease of addiction.” 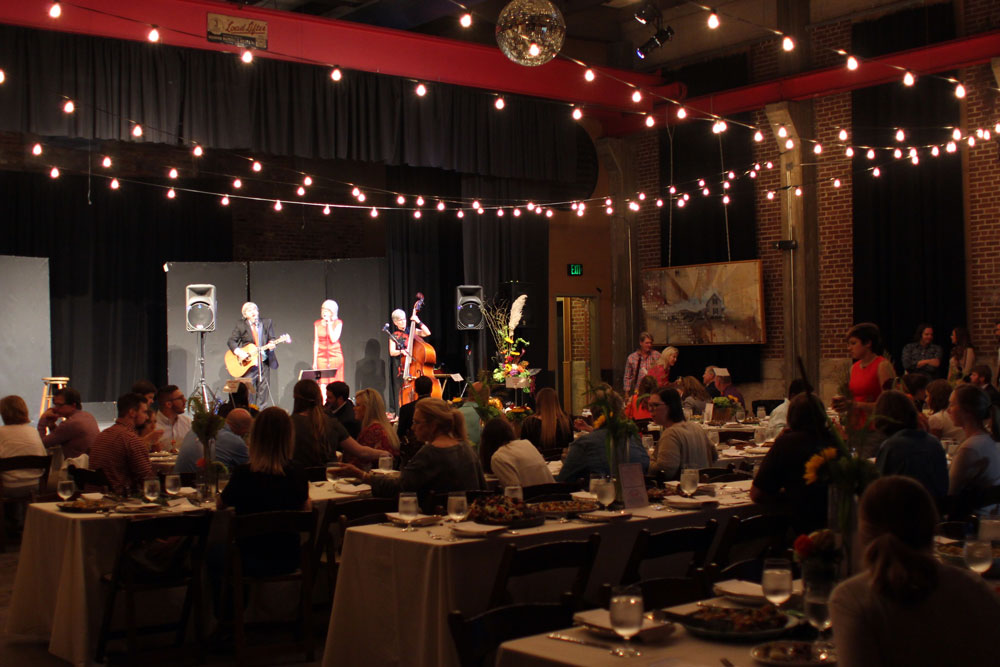 Though it may be better known for its college party scene than for a lifestyle of service and abstinence, this small town is quickly becoming a hub for recovery. The past five years have seen the parallel growth of the UM Collegiate Recovery Community and of Oxford Treatment Center, whose residential center is 16 miles from the UM campus.

Today, in the town of 20,000 people, there are 35 or more 12-step groups meeting each week. Events like “Telling Oxford” help spread the message of recovery to a broader audience, while still honoring the 12-step tradition of anonymity.

“I’m excited to see events like this become more common,” said Susan C., who sought out the local recovery community when she moved to Oxford from Los Angeles more than a decade ago. “Instead of recovery being so hush-hush,” she said, “we’re recognizing the need for awareness and fundraising.” 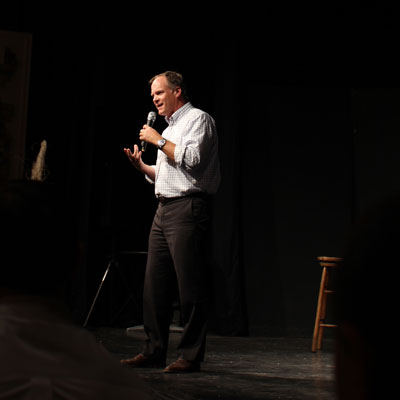 David Magee, publisher of The Oxford Eagle newspaper, said a don’t-talk-about-it approach once enabled another leading killer — breast cancer. Yet over the past 25 years, greater awareness helped more people get screenings and raised more money for research. The death rate for breast cancer has since dropped by more than one-third.

“Drugs are the number-one killer of our young people,” said Magee, whose August column about the loss of his son to drug overdose was widely read and shared.

“The reason I wrote about my son, and the reason why people tell their stories, is that we have to take the stigma away,” he said.

“Imagine where we might be years from now if we keep getting the word out.” 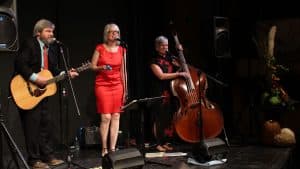