How Does Psychotherapy Work to Help with Drug Addiction?

Where Does Psychotherapy Originate From?

The development of formal psychotherapy goes back many centuries. According to the book A Century of Psychology: Progress, Paradigms, and Prospects for the New Millennium, references to psychotherapy-like interventions have been found dating as far back as ancient Greece. In the mid 1800s, an English psychiatrist, Dr. Walter C. Dendy described a form of talking treatment, which was a forerunner of psychotherapy. Group psychotherapy began as an effort to get individuals with tuberculosis to discuss their experiences with caring for themselves, and it was discovered that these individuals benefited from these discussions in ways that transcended mere education.

However, the individual that is most often identified as the founder of modern psychotherapy is the neurologist Sigmund Freud. Freud developed a form of a “talking cure” in the late 1890s and early 1900s, as a method of getting individuals with hysteria, a form of psychopathology where individuals have neurological conditions but no actual physical reason for them, to discuss their experiences and uncover the reasons for their illness. Freud went on to develop the forerunner of modern psychotherapy, and his principles are still commonly practiced in one of the major types of psychotherapy being used today. 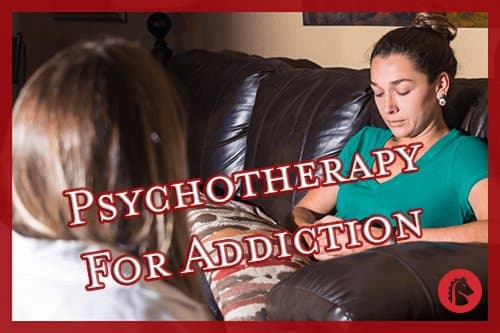 Psychotherapy is far more than just sitting around discussing one’s issues with another person. The term therapy is rather loosely defined; however, is generally accepted that therapy occurs when an individual seeks the assistance of a formally trained professional who uses various methods based on psychological principles to assist the person with their problems. The notion of the use of a professional therapist and methods based on established principles can be seen in the American Psychological Association’s formal definition of therapy, which basically states that psychotherapy is an intentional and formalized application of clinical methods that are derived from known psychological principles to assist individuals in changing their thoughts or thinking patterns, feelings, actions, or other characteristics.

Essentially then, groups like Alcoholics Anonymous that are not run by professionally trained therapists and do not operate according to identified psychological principles are not forms of therapy, even though some individuals may find them to be “therapeutic.”

For instance, someone listening to a particular song that they are very fond of may find the experience of listening to the song as “therapeutic” on a number of levels; however, just listening to music is not an established type of therapy based on the formal definition of therapy.

The Major Schools of Psychotherapy 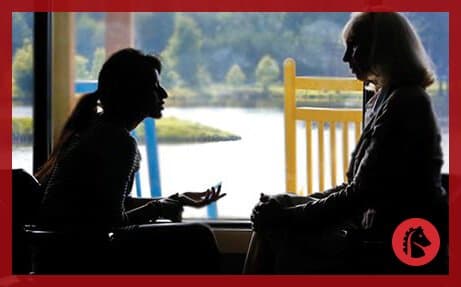 Psychotherapy can be performed on a one-on-one basis where there is just the therapist and one client (individual therapy) or on a group basis where there is at least one therapist and several clients being treated at the same time. In general, individual therapy and group therapy are equivalent in their effectiveness, although there are specific instances where certain individuals may find that they prefer one over the other.

Advantages to individual treatment include being the sole focus of the therapist’s attention, having no worries that someone else will disclose one’s innermost feelings to other people outside the therapeutic relationship (this is known as confidentiality), feeling more comfortable discussing issues of a very personal nature, and being able to work very intensely on specific issues.

Group therapy offers a person a chance to learn from others with similar problems who may be at different levels of development, develop strong social support, and may help individuals who are initially reluctant to discuss things that are distressing for them.

Psychotherapy can be practiced in either an individual or group setting despite the paradigm involved. In addition, there are number of different types of group therapy that can occur, including family therapy where the members of the group are family members, substance abuse group therapy where all the members of the group have substance use issues, group therapy for depression or individuals have issues with depression, etc. In some cases, individuals will attend both group and individual therapy sessions, and in other cases, they may just attend one form of therapy.

The bottom line is that psychotherapy is an effective form of intervention. This is not to imply that psychotherapy is a panacea and will help everyone in every instance. Volumes of research on the effectiveness of psychotherapy have been performed, and there are several important factors that may contribute to outcomes in psychotherapy. For example, according to the book The Great Psychotherapy Debate: The Evidence for What Makes Psychotherapy Work, a number of different factors contribute to outcomes in psychotherapy. Some of the more general factors include principles emphasized by Carl Rogers and humanistic psychology, such as genuineness (the therapist and client are both honest and open), the therapist’s ability to be empathetic (the therapist’s ability to actually understand the client and feel for the client based on the client’s actual perceptions and view), and maintaining an unconditional positive regard for the client, such that no matter what is going in the client’s life, the therapist views the client as a valuable human being.

Other factors that can contribute to therapy outcomes include the specific motivations of the client, the ability of both client and therapist to effectively communicate with one another, and some of the features of specific therapies that are directed at helping the individual change. For example, a number of types of CBT appear to be very efficacious at working with individuals with very difficult problems, such as borderline personality disorder, whereas certain types of psychodynamic therapy can be useful in uncovering issues associated with past trauma.

However, psychotherapy will not work for everyone, will not solve every problem, and requires that individuals in therapy actively participate. An important factor in trying to improve or change is the motivation of the individual. Even though there are various forms of psychotherapy that attempt to increase an individual’s motivation to change, unless the person actually participates in the therapeutic process, one cannot expect significant positive results.

therapy
Prefer getting help via text?
We're available 24/7 via text message. Signup below for access to our team when its convenient for you!
and many more...
✕
Instantly Check Your Insurance Coverage
Your information is safe & secure
At Oxford, we accept most types of private (non-government) insurance and offer a variety of payment options.
You can quickly and privately check your insurance benefits to see if you're covered for addiction treatment services. We’ll be able to tell you if your provider is in network with Oxford Treatment Center and all American Addiction Centers locations.
This means your treatment may be FREE1 depending on your policy, copay, and deductible.
Get the Info & Help You NeedWe offer a range of treatment programs. Learn about your options.