The Colleges with the Highest Rates of Alcohol Violations and Arrests

From the popularity of binge drinking to the immense pressure to fit in with one’s peers, each year, college students across the country find themselves forming drinking habits that can be harmful to both their physical and mental health. And given that <31% of college students< report symptoms of alcohol abuse, alcohol use among this young, impressionable population is not a subject we at Oxford Treatment Center take lightly.

While some colleges are more likely to be associated with drug and alcohol abuse than others, earning a ‘party school’ reputation, we were curious to learn which universities across the country really have the worst alcohol problems. After all, the first step to finding a solution to alcohol abuse on college campuses is acknowledging the problem.

With this in mind, we looked at the number of alcohol offenses on college campuses across the country, including both violations and arrests, to determine which colleges have the most pervasive alcohol problems. Interested in our findings and methodology? Read on.

The Colleges with the Most Alcohol Offenses 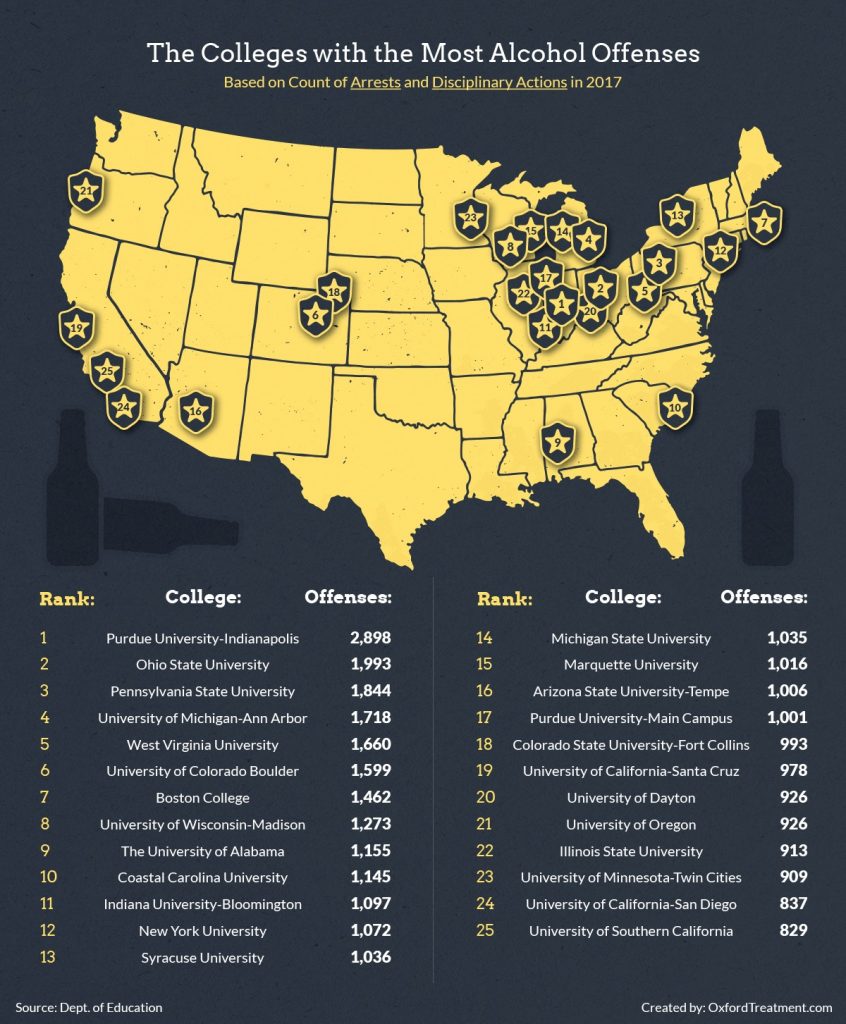 y of Southern California, which is one of the 25 best colleges in the country, was also among the universities with the greatest number of alcohol offenses.

The Colleges with the Most Alcohol Offenses per 10,000 Students 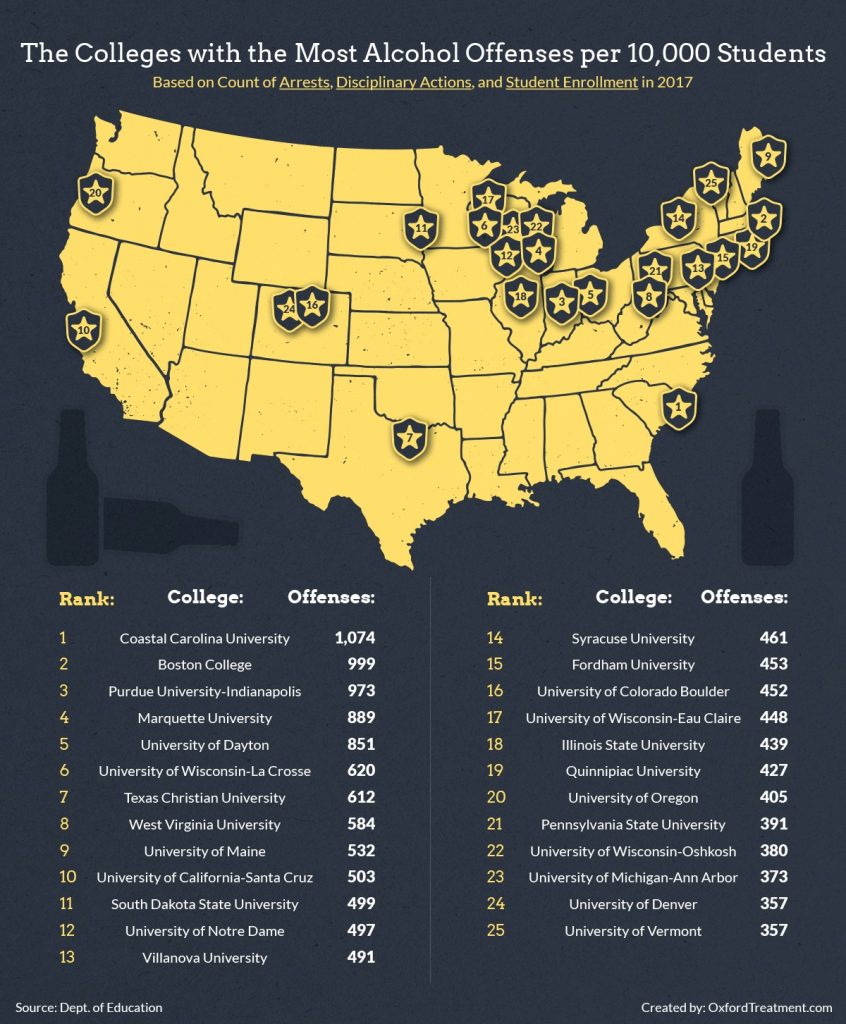 The Colleges with the Highest Increase in Alcohol Offenses

The change a university sees in alcohol offenses committed over time is perhaps even more telling than the sheer number of offenses associated with the school in a single year.

With this in mind, we decided to determine which schools have seen the greatest increases in alcohol offenses in recent years (from 2015 to 2017).

San Diego State University (669.2%), Lamar University (622.1%), and CUNY Borough of Manhattan Community College (609.8%) are among the other schools that have seen some of the most substantial increases in alcohol offenses from 2015 to 2017. 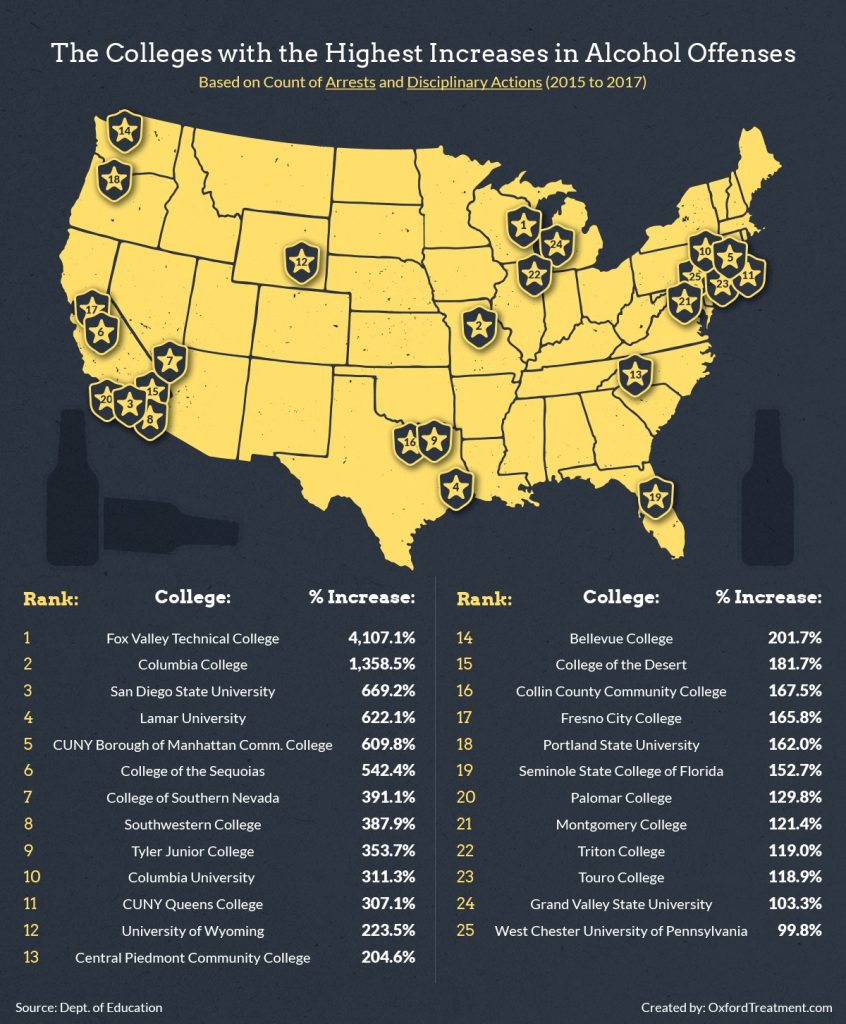 The Colleges with the Most Alcohol Offenses Each School Day

Given that Purdue University-Indianapolis and Ohio State University are the colleges with the highest and second-highest number of alcohol offenses, it only makes sense that they also have more alcohol-related offenses per school day than any other schools in the country: 19 and 13, respectively. 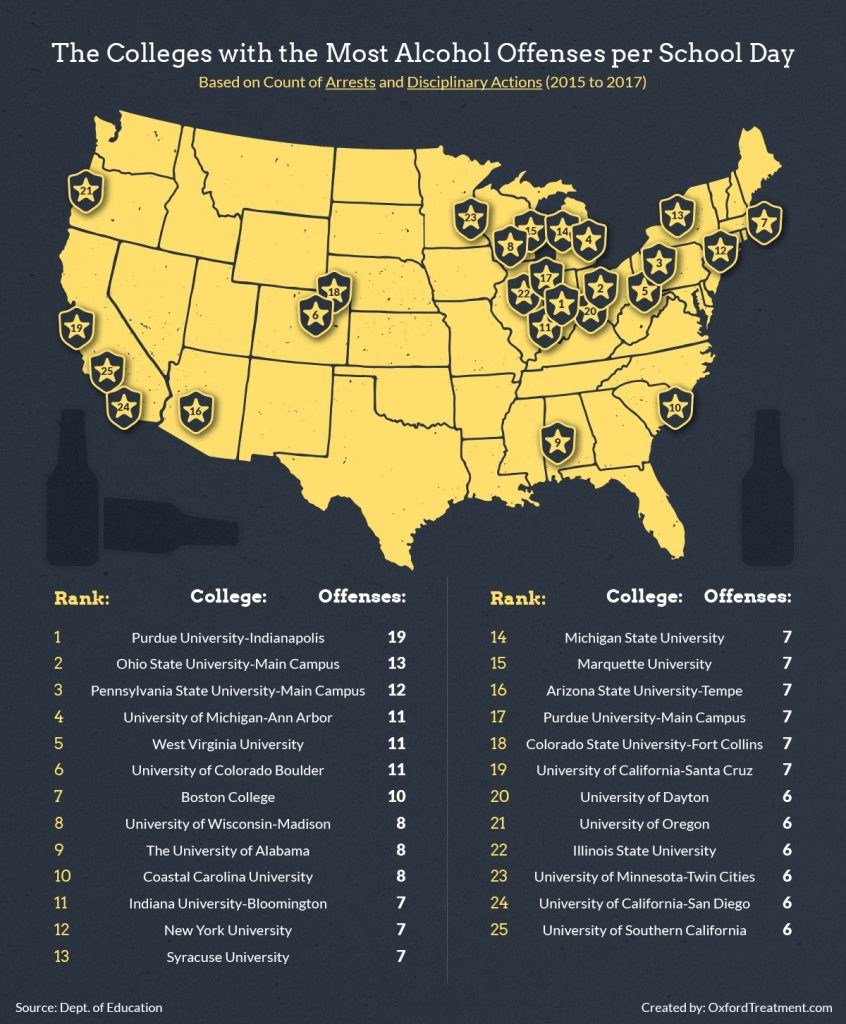 The 50 Colleges with the Biggest Alcohol Problems 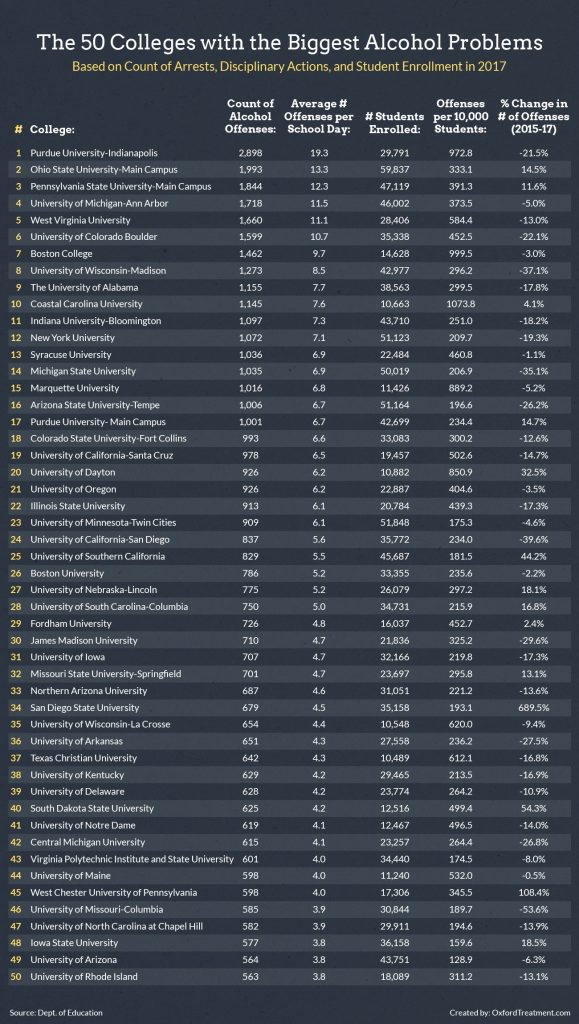 We used the U.S. Department of Education data on the number of alcohol-related arrests and disciplinary actions associated with each college for 2015, 2016, and 2017. The basis of our rankings is the 2017 figures (the most recent available data). We included all colleges with a student enrollment of 10,000 students or more in 2017.

Can I use this information?