Codeine Side Effects (Short and Long-Term)

For a long time, codeine was available in over-the-counter medications in the United States, and in some places, it can still be found in OTC medications in very small doses. However, due to a rise in codeine misuse related to the opioid epidemic, codeine is not widely available in the US without a prescription. The Drug Enforcement Administration (DEA) has codeine listed as a Schedule III medication, due to the potential addictive nature of the substance, although medicines with up to 200 milligrams of codeine are less regulated and listed as Schedule V.

This article will go more in depth about what side effects codeine can cause, withdrawal symptoms, overdose, and how to get help. 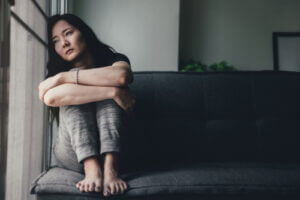 Codeine misuse is similar to that associated with other opiate drugs, such as morphine, hydrocodone, and heroin, because it is a CNS depressant. The drug, in large doses, can initially produce sensations of relaxation, euphoria, calmness, pleasant sleepiness, a sense of wellbeing, and a loss of inhibitions. However, codeine can also produce a number of serious side effects, including:

Side effects of codeine misuse can become physically harmful, even when they wear off, or occur without long-term misuse of codeine. These short-term side effects may include:

If a person chronically misuses codeine, or develops an addiction to or dependence on this drug, the body can be harmed for a long time due to these problems.

Long-term effects of codeine misuse include:

When a person takes a large amount of codeine specifically for nonmedical reasons, they put themselves at risk of overdose. This can especially be true in people who are developing a tolerance to the drug and begin to take larger doses to achieve the same euphoria they felt with their initial dose. Symptoms of codeine overdose include:

It is critical for people suffering from a codeine overdose to receive immediate, emergency medical attention. Call 911. In some cases, it may be appropriate to also administer naloxone, which can temporarily reverse the effects of narcotics like codeine, so the person will temporarily stop suffering the overdose. However, this medication should only be administered in conjunction with emergency medical help, not in place of emergency responders and medical treatment. 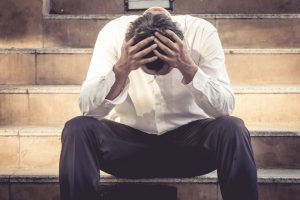 When a person misuses codeine for a long time, they will likely begin to develop a tolerance to and then dependence on the drug. If the person attempts to stop taking codeine, or cannot get codeine for a period of time, they may begin to experience withdrawal symptoms.

Although unpleasant, withdrawal from narcotics like codeine is rarely fatal. However, due to the discomfort associated with withdrawing from codeine, it is important to seek medical help to overcome this addiction or substance misuse problem. Attempting to overcome codeine addiction alone can lead to relapse and overdose.

It’s never too late to reach out for help. If you or someone you love is struggling with the devastating side effects of addiction and are unsure of where to turn, call us today at . At our rehab center in Mississippi, is ready to help you get the treatment you need today.

When you speak to one of our admissions navigators, you can get all of your questions answered, including those about insurance and payment options. We can inform you of the levels of addiction treatment we offer and begin working together to get you started on a new tomorrow.

side effects
Prefer getting help via text?
We're available 24/7 via text message. Signup below for access to our team when its convenient for you!
and many more...
✕
Instantly Check Your Insurance Coverage
Your information is safe & secure
At Oxford, we accept most types of private (non-government) insurance and offer a variety of payment options.
You can quickly and privately check your insurance benefits to see if you're covered for addiction treatment services. We’ll be able to tell you if your provider is in network with Oxford Treatment Center and all American Addiction Centers locations.
This means your treatment may be FREE1 depending on your policy, copay, and deductible.
Your Next StepsFind help & resources or learn more about Oxford.