What Are the Differences between Klonopin and Xanax?

While there are a handful of differences that set Klonopin and Xanax apart, as prescription benzodiazepines, they share more than a few similarities. For starters, one of the main reasons either is prescribed is to help manage anxiety or panic disorders.

Anxiety disorders are incredibly common in the United States. In fact, the National Institute on Mental Health estimates that 31.1% of adults in the U.S. experience some kind of anxiety disorder during their lifetimes.1

Read on to learn how Klonopin and Xanax are different, and what is similar about these two benzodiazepines.

Differences Between Klonopin and Xanax

Although both Xanax and Klonopin are anxiolytics (used to help reduce anxiety), Klonopin also has another use. Klonopin, a branded formulation of clonazepam, is also an anticonvulsant used to treat specific types of seizure disorders. This means that, when used alone or in conjunction with other anticonvulsant therapy, it can help to decrease the frequency and duration of minor motor seizures.2 Xanax is indicated for use in treating anxiety and panic disorders but is not used as an anti-seizure drug.3

On average, Klonopin reaches peak concentrations in the blood within 1 to 4 hours after an oral dose and may be dosed twice a day for therapeutic efficacy for managing panic disorder.2 The onset of effects for Xanax are generally quicker, as the drug reaches peak blood concentrations within 1 to 2 hours after being taken. Xanax dosing may take place three to four times a day for managing anxiety and panic. At roughly 11 hours, Xanax has a relatively shorter elimination half-life than Klonopin, with the latter’s half-life falling in the range of 30 to 40 hours.3

Klonopin is the brand name for an anxiolytic (which reduces anxiety) and anticonvulsant (which prevents seizures) known as clonazepam. The drug is a benzodiazepine that increases GABA activity in the brain, which inhibits abnormally elevated nervous system excitation. The long-term effectiveness of Klonopin has not been established in clinical trials beyond 9 weeks of use. Klonopin is a Schedule IV controlled substance with known potential for abuse and dependence; it should only be used under a physician’s care.2

How Is Klonopin Used?

Because Klonopin is both an anxiolytic and an anticonvulsant, it may be used to treat both panic disorder and certain types of seizures. The U.S. Food and Drug Administration (FDA) has approved Klonopin to treat panic disorders and seizures in adults as well as seizures in children up to 10 years old (or 66 pounds).2

Klonopin is not only one of the most widely prescribed benzodiazepines, but is one of the most frequently diverted for illicit, nonmedical misuse. In 2017, the U.S. Drug Enforcement Agency received 11,430 reports of illicit clonazepam use from federal, state, and local forensic labs.4

Side Effects of Klonopin

There are several potential adverse consequences associated with Klonopin use:2

In addition to these, there are a variety of side effects that come with Klonopin use. Depending on factors such as the dose being used and the general health status of the person using Klonopin, side effects may range from innocuous to severe.

When an individual is using the drug under a doctor’s care, these side effects can be monitored to ensure their safety. If they are misusing Klonopin illicitly, or taking their medication in doses that exceed prescribed guidelines, they may more at risk of experiencing these effects.

How Is Klonopin Addictive?

As a Schedule IV controlled substance, Klonopin has a relatively low potential for abuse and dependence (for example, compared with Schedule I or II drugs), but this level of risk presumes that it is being used as prescribed. As with other benzodiazepines, significant physiological dependence may develop with Klonopin, even in those taking the drug for legitimate medical purposes.2

While dependence development alone is not an indication of an addiction, or a sedative use disorder, it is a physiological phenomenon that can help drive patterns of compulsive use, as dependent individuals may begin to use the medication (sometimes at higher-than-recommended doses to stave off the arrival of associated withdrawal symptoms).2

This likelihood of developing Klonopin dependence (and the resultant withdrawal associated with it) may be even higher individuals who use Klonopin for longer than recommended time frames, who misuse it recreationally, or otherwise take the drug in a manner that falls outside of prescription guidelines.2

In addition to the significant risks of dependence and withdrawal, Klonopin misuse can result in an overdose which may lead to coma, respiratory depression, and even death in severe instances. In fact, benzodiazepine related mortality rates climbed from 0.58 per 100,000 adults to 3.07 per 100,000 adults between 1996 and 2013.5

Xanax is another benzodiazepine that has seen widespread use as an anxiolytic since the 1980s. In 2017, doctors wrote more than 25 million alprazolam prescriptions.6

How Is Xanax Used?

Xanax is a brand name for the drug alprazolam. Like Klonopin, it works by boosting the effects of the inhibitory neurotransmitter known as GABA. Physicians often prescribe Xanax to treat anxiety and panic disorders, but unlike Klonopin, the drug is not used to treat seizures. Because Xanax is relatively fast-acting—individuals can feel the effects within two hours—some people use the drug recreationally to feel a heightened sense of relaxation or sedation.3

Side Effects of Xanax

Like Klonopin, Xanax has known abuse liability and the potential to lead to the development of physical dependence and compulsive patterns of misuse.3

Also similarly as with Klonopin, overdose is possible with Xanax. Overdose symptoms of somnolence, marked confusion, diminished reflexes, and coma have been reported with Xanax. Fatal overdoses have also been reported in instances of alprazolam use itself, but the risk may be even greater with concurrent alcohol use.3

How Is Xanax Addictive?

Due in part to its potential to elicit rapid-onset, reinforcing euphoric effects, Xanax has a relatively high addiction liability among the entire benzodiazepine class.7 Although the drug is considered a Schedule IV controlled substance (meaning it has a relatively low potential for abuse),8 the evidence from psychiatrists and addiction specialists says otherwise.9

It is important to remember that if you have developed an addiction, whether you started taking Xanax or Klonopin for health reasons or recreationally, help is available.

Our rehab admissions navigators are here to answer any questions about the different types of rehab offered, how to pay for addiction treatment, and how to use health insurance to pay for rehab.

Call to learn more about addiction treatment in Mississippi at Oxford Treatment Center. 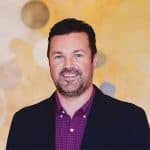 benzodiazepinesklonopinprescriptionxanax
Prefer getting help via text?
We're available 24/7 via text message. Signup below for access to our team when its convenient for you!
and many more...
Your Next StepsFind help & resources or learn more about Oxford.