Past Regrets Become Asset in Recovery

After 40 years in addiction, staff member now helps others 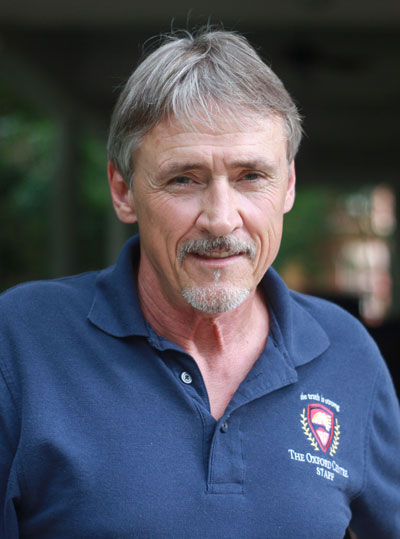 But it’s during the downtime in their schedule when he’s often working the hardest.

“I spend a lot of time just hanging out with them, and people tend to confide in me,” he said. “I listen when someone’s had a bad day, and I try to help them work through it. I guess it’s easy for people who have struggled with addiction to talk to me. They know I’ve been there, too.”

As he works toward his seven-year sobriety mark this fall, Clayton is finding a rich reward in helping others overcome addiction. At the same time, he’s working to complete his undergraduate degree in social work at the University of Mississippi.

“One of my regrets is that I dropped out of school because I just couldn’t do it in the midst of my addiction,” he said. “I’m passionate now about trying to help these younger guys and encouraging them to finish school. You’ve got to do some positive things in your life; you’ve got to try to get something going.

“You can’t stay stagnant and stay in that guilt and shame. You’ve got to start moving forward.”

The positive spirit with which Clayton approaches life today is a far cry from the hopelessness he lived in for most of his life.

Clayton was exposed to alcohol and drugs as a child and developed an addiction to opiates in his 20s. Over the years, he also lost several close family members to overdose.

“I was actually the worst addict of them all,” Clayton said. “It’s just a miracle I made it through.”

Clayton knew by his late 20s that he needed help, but he didn’t know where to turn. He was 33 when he entered treatment for the first time.

“I spent six months in rehab, and I sincerely didn’t want to use anymore,” he said. “It’s just baffling how the disease of addiction twists your mind. The next thing you know, you’re back in the same rut, just doing the same thing — and wondering what happened.”

Clayton’s addiction cost him a marriage and the chance to be part of his sons’ lives as they were growing up. It cost him job after job, too, working offshore and in maintenance and construction. He was able to hold onto his best position, in the maintenance department of a hospital, for seven straight years — until a failed drug test cost him that one, too.

For the last 10 years of his addiction, Clayton was able to stay afloat through weekly visits to a methadone clinic in Memphis.

“Of course, I was using other substances on top of that,” he said. “Methadone kept me where I wouldn’t be sick, so I could go to work. But it’s a terrible addiction in itself.” 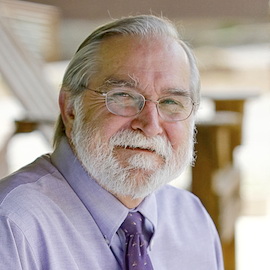 Clayton had been through treatment for addiction six times before, at age 52, he checked into Haven House in Oxford.

There, he reconnected with a childhood friend — Garry Reifers, who was program director at Haven House before joining Oxford Treatment Center. Having known Reifers in his youth, and knowing that he was also in recovery, gave Clayton hope that this time might be different.

“For so many addicts, your past is a tremendous burden of guilt, shame and regrets,” Reifers said. “Ricky’s experience is a perfect example of how, in recovery, your past can go from being your greatest liability to being your greatest asset. It’s what gives him so much credibility today as he works to help others overcome addiction.”

After entering treatment, Clayton spent seven months at Haven House, then took a job there.

“I stayed close with the people that had helped me — the people who were doing the right thing,” he said. “I just kept making better decisions as time went on. And once I reached one year clean, it gave me a boost of hope. I’d never been able to do that since before my teenage years, and I’d been using since I was 13.”

Clayton worked at Haven House for four years, then joined Oxford Treatment Center as a clinical assistant two years ago. Today, his schedule has him working with the Sober Living program on weekends, so that he can attend school during the week.

Plugging away, one 12-hour semester at a time, Clayton is on track to complete his degree in the spring of 2016. He will be 60 years old.

Since getting clean, Clayton has also had the chance to restore his relationships with his sons. He finds great reward today in being able to help people wage their own battles against addiction.

“I’ve been to a few rehabs in my time,” he says, smiling at the understatement. “Oxford Treatment Center is the best by far. I feel so fortunate to be part of this team and to have the opportunity to help others beat their addiction.”

Prefer getting help via text?
We're available 24/7 via text message. Signup below for access to our team when its convenient for you!
and many more...
Get resources & helpBrowse 100s of informative articles.