The 12-Step Program: What is It and Is it Right For Me?

The 12 Steps of the Alcoholics Anonymous (AA) program are available on the official AA website. The written text is easy to read, but to truly understand each of the steps, one must practice them and learn to live them.

In addition to reading the steps, it’s helpful to know their history. This article discusses the history of the 12-Step program and how helpful it can be for individuals in alcohol or drug addiction recovery to attend meetings.

Much of the literature that discusses the history of AA focuses on the founders of the fellowship, Bill W. (Bill Wilson) and Dr. Bob (Dr. Bob Smith). While these two individuals did indeed name and grow the AA fellowship, the timeline of this recovery method extends to an earlier point in history.

According to some AA historians, the story can be seen as starting with Frank Buchman, a Lutheran minister. Buchman was running a home for men in Philadelphia. As the story goes, the board of directors advised Buchman that he was spending too much money on food and asked him to make necessary financial adjustments.

Headstrong, Buchman quit his job and went to England to attend a conference. Buchman had anger and resentment in his heart towards the six men on the board of directors. But little did he know that the conference would have the effect of inviting him to work through those emotions and end up starting an organization that would contribute to the founding of AA. 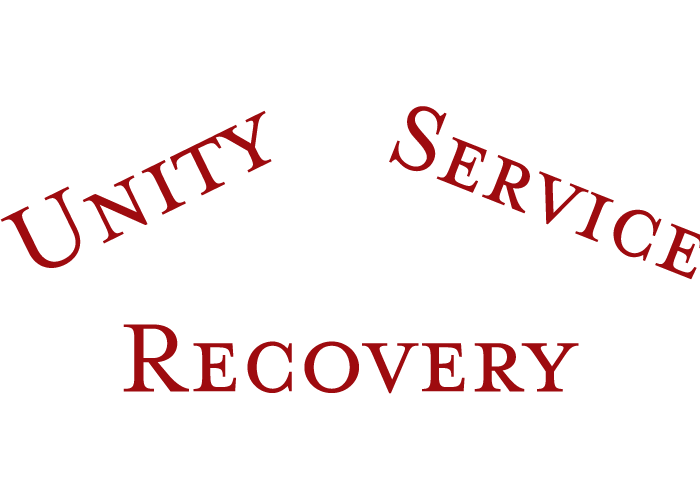 During the conference, Buchman had an epiphany. His anger toward the board of directors was cutting him from receiving the flow of love from a higher power (as a Lutheran, Buchman referred to this power as God). In an attempt to reconnect with a higher power and get the energy flowing from that source to himself, Buchman surrendered himself and his anger in a chapel.

Buchman then wrote a letter of amends to the board of directors. Buchman reportedly felt the communications between himself and a higher power open up again. For Buchman, this experience served as a model to help him change, and he believed he could use it to help other people change as well.

Still at the conference, Buchman shared his experience with another person. That person, following the same model, then felt closer to a higher power. In short, that individual provided a proof of concept. When Buchman returned to America, he started the Oxford Group. The group was nondenominational and based on Four Absolutes: honesty, purity, unselfishness, and love. Members attended regular meetings.

In 1934, attending Oxford Group meetings helped Bill W. to get sober. While on a trip in Akron, Ohio (to hopefully start a career in the rubber business) Bill W. felt a relapse coming on and called a local Lutheran church, hoping to connect with an Oxford Group meeting. While that did not happen, Bill W. did connect with a minister who introduced him to someone who introduced him to Dr. Bob.

As Dr. Bob was also experiencing alcoholism, the two men found that they could help each other stay sober. Time proved that their mutual support of one another and observance of the Oxford Group’s Four Absolutes helped them both, and the two began to help others. 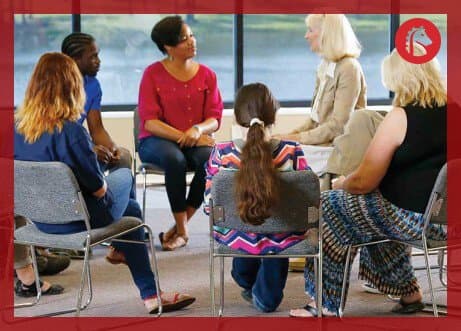 The fellowship continues to expand and meetings are being held across the US. In 1953, Bill W. published Twelve Steps and Twelve Traditions. AA describes the book as providing an in-depth look at how Bill W. thought about the fellowship’s most basic guiding principles.

Reverend Bill Wigmore, a spiritual counselor, has been working in the area of addiction since 1972. According to Reverend Wigmore, the 12 Steps can be related to Buchman and the Oxford Group’s method of personal transformation: Establish a connection with a higher authority (Steps 1, 2, and 3), course correct to get on track to a spiritual and fulfilling life (Steps 4, 5, 6, 7, 8, and 9), and receive guidance from a higher power (Steps 10, 11, and 12).

There is one aspect of the 12 Steps, as Bill W. wrote them, that must be addressed. Like politics, religion is an intensely sensitive and divisive topic in America. For this reason, it is critical to note that AA (and all its sister groups, such as Narcotics Anonymous) are nondenominational.

The Oxford Group was religious, and the principles that went into the 12 Steps were based on faith in a higher power. However, Bill W. was acutely sensitive to the argument that AA should not require members to believe in God. After debates, and taking into account the perspective of different members, Bill W. specifically used the language “God as we understood him” in the text of the 12 Steps.

In this way, individuals could characterize the higher power discussed in the book in a way that resonated as true for them. For some, that could mean a Judeo-Christian God while for others “God” could be a set of maxims that operate in the universe irrespective of the will of humans.

The 12 Steps, therefore, are considered a spiritual, not religious, means of bringing about personal transformation. Since the 12 Steps are adaptable to different contexts (i.e., beyond addiction recovery) and philosophical approaches, it is not a surprise that different groups have published their own variations.

One example is The Little Book. A Collection of Alternative 12 Steps (author, Roger C. published in 2012), which takes an agnostic approach to the program.

When the average person thinks about the AA fellowship, a word that likely immediately comes to mind is meetings. As the history of the Oxford Group and AA reflect, meetings have always been an essential component because they are necessary to facilitate mutual aid. The text of the 12 Steps does not reference meetings, but the 12 Traditions specifically discuss groups.

The 12 Traditions provide guidance to groups and also gives an insight as to what a person should expect at meetings. For instance, the higher power is held to be the ultimate source of authority. Reading into this principle, a person who attends a meeting should expect no one to be in control since the group is led by members. There can be leaders, but they too, as members, should respect that it’s a member-led organization.

Individuals find their way to fellowship meetings in different ways. In some instances, a person may start going to meetings while in a drug program. Most every rehab program in America involves mutual aid meetings; they usually follow the 12-Step model, but may not be part of the Anonymous fellowship.

There are different types of meetings, such as:

As the 12 Traditions make clear, all meetings are always self-funded. For this reason, a basket is usually passed around, and members typically make a nominal contribution, such as $2. The group’s money may be used to pay rent on the meeting space and buy coffee and snacks that are served at the meetings.

A person is not required to always attend the same group meetings, but there is a general consensus that doing so can be helpful. In fact, there is a general, informal recommendation among members that a person who is new to the fellowship should do 90 meetings in 90 days. Again, this is not mandatory nor intended to be a burden.

The thought is that 90 meetings in 90 days will help a person to get settled into the group (or groups) and experience the benefits of being in a fellowship.

Though meetings are considered essential, a person will need to work the 12 Steps in order to learn about them and to receive the self-improvement each step has to offer. There is no one way to work the steps, but a helpful practice is to understand the essence of any given step and take the course of action that best actuates it. To provide guidance, a person may want to review a list of questions, per step.

For instance, Step 1 involves admitting that the drug of abuse has caused one’s life to become unmanageable. To work this step, individuals will need to honestly examine their lives. To help work this step, a person could consider whether they have ever acted in a bizarre manner due to drug abuse which led to, or could have led to, self-harm or injury of another person. Questioning oneself is a cornerstone of the 12-Step process because a personal transformation requires self-examination and making new decisions.

Taking Step 12 as another example, it is clear how self-interviewing is instrumental to the process. Step 12 asks a person to continually review their behaviors and admit to being wrong if or when such is the case. When working this step, individuals can ask themselves to identify some behaviors that would help prevent relapse or actions that would support abstinence maintenance. Step 12 has two parts, so individuals may also want to ask themselves to identify some ways to effectively admit to any wrongful behavior and correct it.

As these questions reflect, the 12-Step process is directed but open. It is, most fundamentally, a way of practicing love, which facilitates a connection to a higher power, and this, in turn, promotes interpersonal relationships.

12-stepaanatreatment
Prefer getting help via text?
We're available 24/7 via text message. Signup below for access to our team when its convenient for you!
and many more...
✕
Instantly Check Your Insurance Coverage
Your information is safe & secure
At Oxford, we accept most types of private (non-government) insurance and offer a variety of payment options.
You can quickly and privately check your insurance benefits to see if you're covered for addiction treatment services. We’ll be able to tell you if your provider is in network with Oxford Treatment Center and all American Addiction Centers locations.
This means your treatment may be FREE1 depending on your policy, copay, and deductible.
Ready for Recovery?Let's help you take the next step.