Difference between Vicodin and Percocet

Pain is one of the number one causes of disability in the United States, the National Pain Report publishes, and there are many treatments on the market to manage and alleviate pain. Opioid pain relievers are some of the most potent and powerful forms of pain relief.

Vicodin and Percocet are brand name prescription narcotics distributed by medical professionals to those who are suffering from moderate to severe pain. Both contain the over-the-counter analgesic acetaminophen and an opioid drug. Vicodincontains hydrocodone, and Percocet contains oxycodone.

Both hydrocodone and oxycodone are opioid drugs that are classified as Schedule II controlled substances by the Drug Enforcement Administration (DEA) due to their abuse and addictive potential. Since these medications can be habit-forming even with licit use, they are generally prescribed only when other treatments are not working and only for short-term use. Both have a high risk for being diverted and abused, and for leading to addiction.

Hydrocodone and oxycodone are both semisynthetic opioids that are synthesized from codeine. As opioid drugs, they are believed to work on pain sensations by binding to opioid receptor sites in the brain and interfering with the chemical messengers within the central nervous system. Both Vicodin and Percocet are considered powerful painkillers, and both are thought to work in the brain and body in a similar fashion. 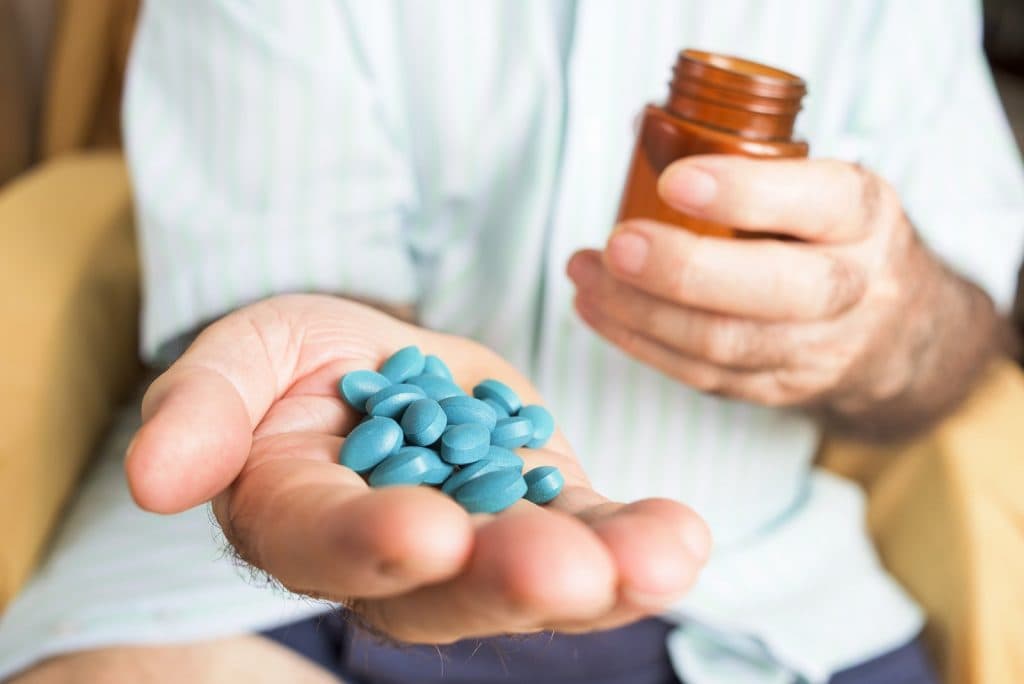 Over 200 million prescriptions were written for opioid drugs in the United States in 2013. The US consumes 100 percent of the global market of Vicodin (and hydrocodone in general) and is one of biggest consumers of Percocet (and oxycodone products) at 81 percent, the National Institute on Drug Abuse (NIDA) reports. Abuse of these drugs has reached epidemic levels, as the National Survey on Drug Use and Health (NSDUH) publishes that almost 4.5 million American adults were classified as currently abusing prescription painkillers at the time of the survey in 2014.

TheNational Pain Reportpublishes that individuals surveyed who suffered from opioid addiction and were entering into addiction treatment programs reported that on average they preferred oxycodone (Percocet) over hydrocodone (Vicodin) as a drug of abuse. Hydrocodone may be cheaper and easier to get; however, the “high” is reportedly more euphoric from oxycodone. People who preferred to snort or inject their drugs (and the population that was more open to taking bigger risks) typically preferred oxycodone, Science Daily publishes while those who are more risk-averse (like the elderly, women, and those who divert the medications from licit channels) were more likely to abuse hydrocodone.

In general, both Vicodin and Percocet can cause a euphoric and mellowing high when abused, as both elevate levels of dopamine in the brain and dampen the stress response by slowing down functions of the central nervous system, including respiration, blood pressure, and heart rates. When a person takes either Vicodin or Percocet regularly for a length of time, their bodies and brains can become tolerant to the drug’s effects, and more and higher doses will be needed each time. As dosage is increased, so can the rate of physical dependence.

As brain chemistry is disrupted due to the interaction of Vicodin or Percocet, the way messages are sent in the central nervous system are altered, which can result in shortcuts to be formed over time. For instance, both of these drugs interfere with the way a person feels pleasure and therefore creates a kind of shortcut to reward. With repeated disruption by the drug, the brain can get used to this kind of circumvention, and the brain may stop working the same way without the drug. Dopamine may no longer be produced at the same levels as before, and when the drug then wears off, levels can dip, causing significant drops in mood, issues with thinking processes, and physical withdrawal symptoms.

Cravings and opioid withdrawal symptoms(flulike symptoms, as well as anxiety, depression, insomnia, restlessness, agitation, and irritability) can be significant, and individuals may keep taking Vicodin and/or Percocet in order to keep feeling good and to avoid withdrawal. People may then lose control over their drug use and be unable to stop taking the drugs, which is an indicator of addiction.

In 2015, theAmerican Society of Addiction Medicine(ASAM) reported that around 2 million people in the United States battled addiction involving a prescription opioid painkiller. Both Vicodin and Percocet are highly addictive drugs.

Percocet or Vicodin hazard of abuse

One of the major risk factors for abusing an opioid drug like Percocet or Vicodin is the potential for a fatal overdose. The Centers for Disease Control and Prevention reports that 91 people die every day in the United States from an opioid overdose, and both hydrocodone and oxycodone are commonly involved drugs. The active opioid in both Vicodin and Percocet (hydrocodone and oxycodone, respectively) can slow respiration rates to dangerously low levels while also lowering body temperature and suppressing heart rate and blood pressure. Sedation, pinpoint pupils, breathing problems, cold and clammy skin, mental confusion, and a blue tinge to the lips, nails, and skin are all signs of a potentially life-threatening opioid overdose.

Mixing Vicodin or Percocet with alcohol or other drugs (particularly those that also depress the central nervous system like other opioids or benzodiazepine drugs) can greatly enhance the odds for suffering from a potentially fatal overdose. Opioid overdose can be possibly reversed with quick medical intervention and the administration of an opioid antagonist medication, such as Narcan (naloxone). Opioid overdose can result in coma, brain damage, and death without help, however.

Abusing drugs like Percocetand Vicodin can have a wide range of potential side effects. Both of these drugs are likely to have similar side effects; however, the journal Academic Emergency Medicinereports that hydrocodone use is associated with constipation more often than oxycodone use. Both drugs interfere with rational thought and therefore can cause a person to act in ways that are out of character, potentially leading them to take bigger risks and put themselves into situations that may be dangerous. The risk for accident and injury goes up with opioid intoxication as does the odds for a person to participate in sexual interactions that may not be safe, resulting in the spread of sexually transmitted diseases or an unwanted pregnancy.

In the short-term, Vicodin and Percocet make a person feel happy, mellow, uncoordinated, sluggish, and sleepy. Aside from their risk for physical dependence, addiction, and overdose, Percocet and Vicodin may also lead to side effects when abused, especially if the abuse is perpetuated on a long-term basis. 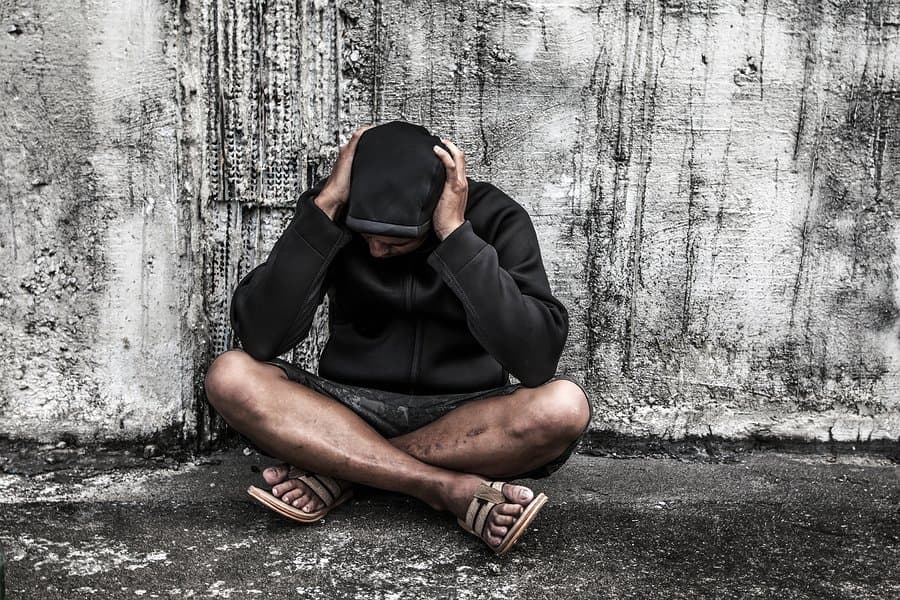 Side effects of Percocet and Vicodin may include:

Depending on how Vicodin or Percocet is abused, the side effect profile may be different. For instance, individuals who swallow the drug are more likely to suffer from gastrointestinal issues and may develop stomach ulcers or other issues. Altering either drug by chewing the tablets, or by crushing them to be snorted, injected, or smoked, can increase the possible side effects and dangers of abusing these drugs. Snorting either drug damages the nasal and sinus cavities, and can lead to the loss of the sense of smell, chronic runny nose, or nosebleeds. Smoking drugs can do even more damage to the respiratory system, and cause chronic cough and possible burns to the hands and face. Injecting Percocet or Vicodin is especially hazardous, as intravenous (IV) drug use heightens the risk for contracting an infectious disease like hepatitis or HIV/AIDS and can also cause collapsed veins, heart problems, skin abscesses and infections, and scarring (or “track marks”).

Percocet and Vicodin are both opioid drugs that carry many potential risks and dangers when they are abused. If a person is abusing either drug, professional treatment is recommended before long-term damage takes hold.

opiateprescriptionvicodin
Ready to get started?
We're available 24/7 to answer questions and help you make decisions about starting recovery from drug use.
Your Next StepsTake control of your