Fentanyl Patch Tolerance: Is This Normal? 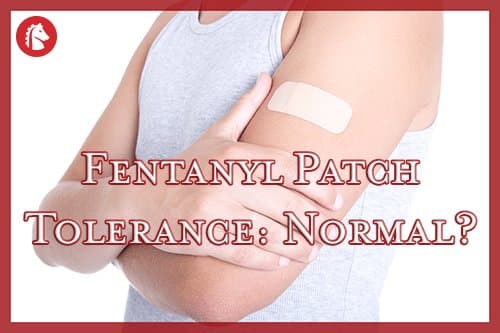 Fentanyl is a very potent opiate drug. Its primary use is to treat moderate to intense pain. The fentanyl transdermal patch, Duragesic, is most commonly used for the control of pain that has not responded to other interventions, including other opiates.

Fentanyl is believed to attach to neurons in the brain and spinal cord that are specialized for endorphins and enkephalins, neurotransmitters that are involved in the control of physical pain, exertion, stress, etc. In fact, these neurotransmitters are often referred to as endogenous opiate substances because of their chemical similarity to opiate drugs. All opiate drugs are processed from opium, found in the Asian poppy plant, or they are synthetic substances that mimic the chemical structure of substances found in opium.

Fentanyl is a controlled substance that is classified in the highest level of control for a drug that can be attained via a prescription from a physician, Schedule II. The United States Drug Enforcement Administration (DEA) categorizes substances in this category as significant potential substances of abuse and liable to produce physical dependence in individuals who use them for any purpose. They can only be safely taken while under the direct supervision of a physician. Thus, fentanyl is considered to be a potentially dangerous drug of abuse, and this is confirmed by numerous reports in the media of fatal overdoses on the drug over the past few years.

Tolerance and the Fentanyl Patch

The development of tolerance to any medication is not necessarily a problem when the medication is being used according to its instructions and under the supervision of a physician. In fact, it is expected that many individuals will develop some level of tolerance to a great deal of the medications they use for medical reasons, and physicians can monitor the situation, adjust doses as needed, and ensure that the medication continues to work. The level of tolerance that develops as a result of medicinal use is typically not at the same level of severity as that which occurs in individuals who abuse drugs because these people take much higher amounts and often take them more frequently.

There is an extended risk for the misuse of opiate drugs when they are prescribed for pain, particularly the fentanyl patch, because of several reasons:

Thus, the development of tolerance to fentanyl is a normal consequence of its medicinal use. There are numerous complications that can occur as a result of using fentanyl in the treatment of chronic pain.

There are some claims by researchers that the majority of individuals who are prescribed the fentanyl patch for pain control have been prescribed them inappropriately:

Tolerance figures into these problems when a person who has never used opiates is prescribed the patch and develops rapid tolerance to fentanyl because they are what is termed opiate-naïve patients. This means that their system has never been exposed to opiates and has not developed any level of tolerance; thus, these individuals may develop tolerance to fentanyl very rapidly and may experience a need for more of the drug very early in its administration, resulting in them misusing the fentanyl patch to control their pain.

On the other hand, individuals who have developed tolerance to opiates may not respond to the initial doses of the patch that are prescribed by physicians, and this may lead to the same types of issues. Thus, issues with tolerance can be problematic for the medicinal use of the drug in certain individuals and with physicians who are not experienced in prescribing this medication. Moreover, physicians may not be aware of issues associated with prescribing the fentanyl patch and may inadvertently make errors in judgment when prescribing it to certain individuals.

According to information from the book Opiate Receptors and Antagonists: From Bench to Clinic, fentanyl is extremely potent, and overdoses can occur at exposures to the drug that are minute and significantly lower than doses for other drugs like morphine. This makes the development of tolerance to fentanyl an even greater issue when individuals attempt to alter the amount of the drug they are taking because the therapeutic window and the potential for overdose are very small, even for individuals who have developed tolerance to the drug. Simply self-adjusting the amount of fentanyl one uses by changing the patch too often or wearing more than one patch simultaneously can lead to a potentially serious situation that can lead to overdose effects. Of course, overdoses on fentanyl can be fatal.

There are several conclusions that should be drawn from the research information regarding the use of the fentanyl patch: