Meth Sores and Other Physical Dangers of Meth Abuse 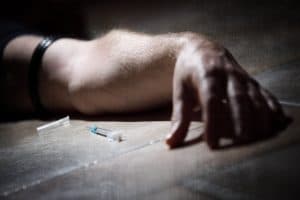 Methamphetamine, or meth, is a very powerful stimulant drug that can cause many serious physical complications. The drug can be smoked, inhaled, injected, or eaten. Using meth causes a very intense, but short-lived “high” during which the individual experiences euphoria. This surge of euphoria can prompt some people to repeatedly use the drug, despite the many negative consequences they may experience.

Meth has many short-term effects on the body, including:

The effects of meth are typically fairly short-lived. Because the high wears off quickly, many people abuse meth in a binge pattern, in which they take several doses of the drug, one after the other. This can cause a dangerous buildup of meth in the blood stream, which increases the risk of overdose and other complications.

Long-term use of meth can have devastating effects on the brain and body. Meth is highly addictive, and addiction changes the structure and chemistry of the brain. Some of these changes can be long-lasting, and in some cases, they can even be permanent.

The changes within the brain that occur in response to meth addiction can have negative consequences on cognitive function and impulse control. Tolerance is another common effect of meth use. Higher and higher doses of the drug are needed in order to produce the effects once felt by a smaller dose. As users increase their doses over time, this significantly increases the risk of overdose.

If physical dependence develops, individuals will experience withdrawal symptoms when stopping or lessening use of meth. Withdrawal from meth can involve depression, anxiety, fatigue, and intense cravings for the drug.

Long-term effects of meth use can include:

What Are Meth Sores? 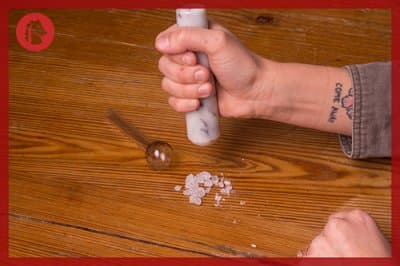 Meth can cause hallucinations. The physical effects of the drug can include a sensation of itching or muscle spasms. In a hallucinatory state, many people using meth hallucinate that there are insects or other objects under their skin, prompting them to gouge or cut themselves. This can leave sores and open wounds all over the body. Meth sores have become a hallmark of meth addiction due to their common occurrence.

Meth causes severe dry mouth, which can lead to serious dental problems. Frequent users of meth often lose teeth, or their teeth will break and disintegrate due to persistent dry mouth. In addition, those addicted to meth often have poor diets, high in sugar and lacking in essential nutrients. This level of poor nutrition only compounds dental issues and slows healing of meth sores. Poor dental hygiene, and overall personal hygiene, is also common in those who abuse meth.

The negative effects of frequent meth use on the body can be severe. Meth damages internal organs, including the heart, kidneys, and liver. Kidney or liver failure is common among long-term users; heart failure is also a serious risk. Stimulant use has also been associated with pulmonary hypertension, a dangerous heart disease.

Meth overdose is extremely dangerous and can be life-threatening.

Symptoms of overdose include:

Risks of overdose are increased among individuals who use the drug frequently, or have built up a tolerance to the drug and increased dosage levels in response.

Risk of overdose is also high among individuals who relapse from recovery from addiction. Because tolerance fades quickly once use of the drug has stopped, these individuals may use a high dose that was previously well-tolerated and experience an overdose as a result.