What Is Tramadol and How Does it Work?

Prescription drug abuse is a growing problem in this country, and it can have life-threatening consequences. According to the 2014 National Survey on Drug Use and Health (NSDUH), approximately 15 million Americans over the age of 12 took prescription drugs for a nonmedical purpose that year. Aside from alcohol and marijuana, prescription drugs are the most abused substance in the United States, and tramadol is one of them.

Tramadol is an opioid analgesic that doctors typically prescribe to treat moderate to severe pain. Although it is often prescribed following surgery, some providers may prescribe the long-acting or extended-release tablets for chronic, persistent pain.

How Does Tramadol Affect the Body?

Tramadol relieves pain by altering how the brain perceives it. It works by activating opiate receptors in the central nervous system (CNS). It is also similar to antidepressants in that it inhibits the reuptake of serotonin and norepinephrine, which are neurotransmitters that send messages from one nerve cell to another. Because of its effects on the brain, tramadol can also bring on feelings of intense euphoria, which may be what prompts some individuals to start abusing it.

Like other synthetic opioids, tramadol is a CNS depressant. Common short-term side effects of taking it include drowsiness, poor coordination, shallow breathing, and a slowed heart rate. According to a review originally published in Clinical Toxicology, more dangerous side effects associated with taking too much tramadol include respiratory depression and seizures.

How Is Tramadol Abused?

Tramadol is meant to be taken orally, and users typically feel its peak effects roughly 90 minutes after doing so. Individuals who abuse tramadol and want to experience the effects sooner might crush the tablets and snort them instead. Other examples of abuse include taking tramadol more frequently or in larger doses than prescribed. Since tramadol is habit-forming, even people who take it as directed can eventually develop a dependence on it, which can lead to abuse and addiction.

According to the U.S. Food & Drug Administration, people who abuse prescription opioid pain relievers like tramadol often do so for the euphoric effects they produce. The Centers for Disease Control and Prevention reports that sales of prescription opioids have quadrupled since 1999 and so has the number of fatal overdoses involving them.

People who abuse tramadol are at risk of overdosing every time they use. According to the Drug Abuse Warning Network, there were more than 27,000 tramadol-related emergency department visits in 2011. Individuals who have overdosed on tramadol may exhibit certain symptoms, including:

Tramadol overdose requires immediate medical care. In the event of an overdose, healthcare providers might administer naloxone, which is a competitive opioid antagonist that can reverse the effects that opioids have on the brain.

Overdosing is not the only risk of abusing tramadol though. Even individuals who never overdose are at risk of experiencing life-threatening complications through long-term, continued use.

What Are the Side Effects of Tramadol?

Tramadol addiction may be hard to identify, and anyone can fall victim to it. Tramadol use can lead to misuse, which can lead to abuse, dependency, and eventually addiction. According to the American Society of Addiction Medicine, addiction is a chronic disease characterized by the pathological pursuit of the rewards produced by a particular substance or behavior, regardless of the consequences. People who become addicted to tramadol crave the drug because of the effects it has on the central nervous system.

According to the 2015 NSDUH, roughly 2.7 million people over the age of 12 suffered from a substance use disorder involving prescription drugs that year, which represents 1 percent of the population.
Signs of an addiction to prescription drugs like tramadol include:

Although addiction can have devastating consequences, it is never too late to seek help. With the right treatment approach and a strong support structure, anyone can recover from tramadol addiction.

How Do You Treat Tramadol Addiction? 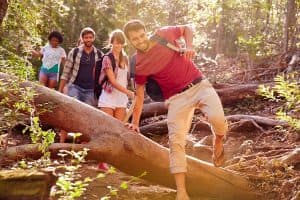 When it comes to treating addiction to tramadol, there are several stages of recovery. They are:

People who are suffering from addiction often need the love and support of their friends and family in order to acknowledge there is a problem and make the decision to pursue treatment. Loved ones can also help individuals research all possible treatment options and select a facility that will cater to their particular needs and lifestyle. Next comes medical detox, which is the first tangible stage of recovery.

During this stage, individuals will stop using tramadol, and their bodies will begin to adjust to life without it. The most common withdrawal symptoms from tramadol include anxiety, irritability, headaches, nausea, vomiting, diarrhea, and insomnia. The worst of the physical withdrawal symptoms typically subside within 3-5 days, but the duration will vary among individuals depending on a variety of factors. In some instances, replacement medications such as buprenorphine may be used during medical detox.

After completing the detox phase of treatment, clients typically enroll in some combination of individual therapy, group counseling, and family therapy, or partake in all therapies as part of a comprehensive addiction treatment program. During therapy sessions, individuals explore what might have prompted them to use drugs in the first place, and they develop the coping skills needed to avoid relapse in the future.

Because addiction is a chronic disease, it is critical to devise an aftercare plan while still enrolled in treatment. This might include peer groups or ongoing individual therapy. Different approaches work for different individuals, and it is up to individuals to find something that works for them with the help of their treatment providers and loved ones. If people began taking tramadol for chronic pain purposes, they will have to include some other form of pain relief in their aftercare plan.

The road to recovery is a long one, but with a solid aftercare plan and a supportive network of peers, friends, and family members, it is entirely possible to fully recover from an addiction to tramadol.