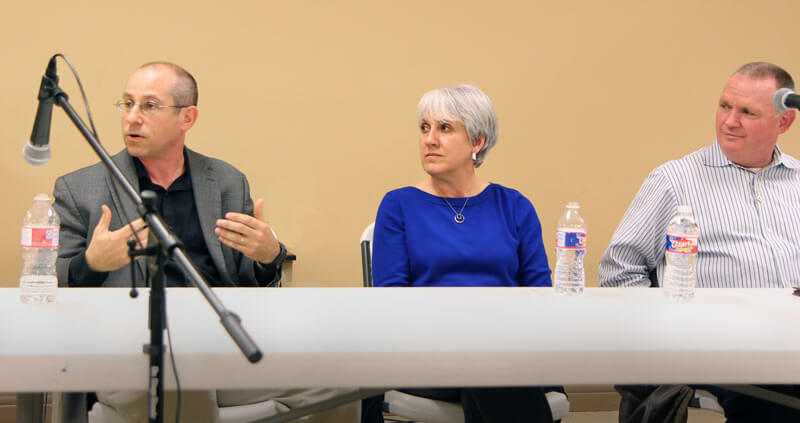 Is forgiveness always about fixing a broken relationship? Or can it be something that just happens within yourself?

Forgiveness is a common theme at Oxford Treatment Center. Many people who abuse drugs and alcohol started using those substances to cope with pain and trauma they’ve experienced in life. But even when it doesn’t lead to addiction, holding onto anger can be a miserable burden. Does harboring resentment make you feel better? Or is it just holding you back?

Joy through the pain 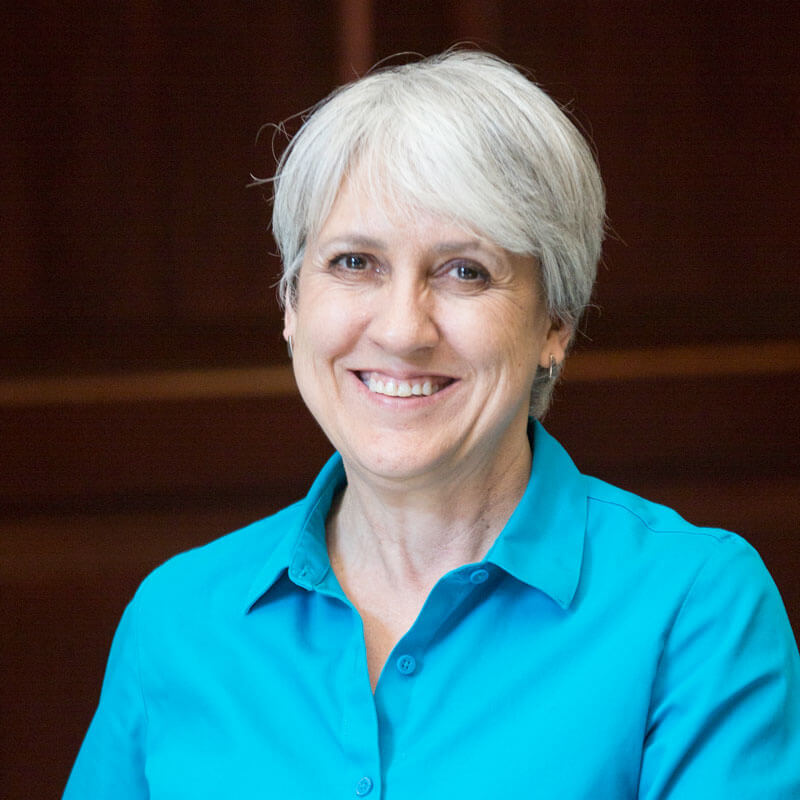 In 2012, Robin Minyard was devastated by the loss of her 30-year-old son, Levi, to suicide. She and her family worked hard to face their grief and come to terms with his loss. Through counseling sessions alongside her husband, David, they drew closer as a couple than they’d ever been. Then, in April 2017, she was blindsided when her husband took his own life as well.

After David’s death, I found myself again having to face the loss of a loved one to suicide, yet it was even more painful the second time. All of a sudden, I was completely vulnerable to everything — every emotion, every fear that you could possibly experience. And one of the emotions I went through is an intense anger at being put in this position.

I’ve been through all of it. The feelings of wanting to lash out: “How could you possibly do this to us — again?” It really has been a journey. And I’m not speaking from a point of having arrived. But I’m getting there.

I have a very deep faith, and that has gotten me through all of this. I have truly seen the hand of God every step of the way, and I still see it. If I did not see that bigger picture, I could not be where I am. I have to have a perspective that allows me to rise above this.

For suicide survivors, one of the things that can be a hindrance to healing is the lingering guilt. “Why wasn’t I more compassionate to him if I saw him suffering — if I even saw it?” There’s this extra layer of pain that asks, “What was my part in this?” Then there’s a feeling of abandonment that survivors experience. It’s a hard thing to walk through all of that, and then to say, “It’s all good. I forgive you.”

At some point, you have to scream and holler, hoping that nobody’s around. I think dark humor also has its place in this whole idea of forgiveness.

You have to acknowledge the presence of this pain — the thing that keeps me from wanting to forgive.

Emotions require so much energy — especially anger. I’ve never felt comfortable with conflict, not even within myself. For me, the default response is, “All right, here comes a joke.” So I have to recognize that and say, “A joke is not appropriate here.”

I’ve learned a lot from yoga, and from the teachings of Thich Nhat Hanh. He says that your anger is like a child; you need to embrace it, comfort it, instead of rejecting it and pushing it down.

So much of what we do is to suppress the feelings of anger, disappointment, rage, depression — all the things we try to stuff down and not feel. It’s easy to do that with substances.

But when you actually can start feeling the pain, it opens you up to feel everything else, too, which can be wonderful. I think I have a greater depth of joy in life today, and hopefully I can see the sufferings of others with more compassion. That’s one of the benefits of facing the anger. When you get to that place where you can forgive, it frees you up to live more fully, without that burden to carry.

Rethinking ‘I forgive you’ 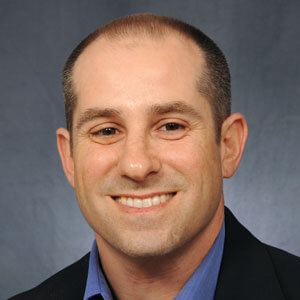 Richard Balkin, Ph.D., LPC, NCC, is a professor of counselor education at the University of Mississippi and editor of the Journal of Counseling and Development for the American Counseling Association. His published work in the area of forgiveness includes numerous research articles and presentations on the subject. In addition to the March 20 community event, he will present a continuing education seminar for mental health professionals the following day as part of Oxford Treatment Center’s 2018 Professional Development Series.

We typically think of forgiveness as something that’s an interpersonal exercise: You forgive someone with the goal of restoring that relationship. But often what we deal with in a counseling setting doesn’t fit into that narrow vision of forgiveness. Sometimes forgiveness needs to happen on an intrapersonal level — within oneself.

One example is when someone has been abused. You may be holding onto anger against someone who has hurt you badly in a physical or emotional way. Reconciling with this person may not be what you need to do — and if they’re still abusive, that could even be dangerous. Sometimes you need to get out of a dysfunctional relationship and there is no reconciliation. So what do you do with the anger and resentment you still harbor from this person?

The first thing we have to recognize is that anger and resentment are normal. The goal, through counseling, is to reach a point where you’re no longer traumatized by it.

Often, that looks like coming to a place where that person or event is no longer a focal point in your life. You’ve moved past it. You don’t think about this person, and you’re not wishing them ill will. You’re not spending negative energy focusing on them. You’re not hankered down by anger. You’re able to say, within yourself: “What I wanted from this person, I’m never going to get. But they don’t owe me anything. I’m OK with that, and I’m done.”

One barrier that people deal with can be their own beliefs and perceptions related to forgiveness. Think of some of those things we often say: “Turn the other cheek.” “To forgive is divine.” When you take that approach in the context of abuse, you might put yourself at risk for further abuse. We sometimes apply these cultural and religious tenants in ways that keep us from acting in our own best interest.

When you want to move past the pain someone else has caused in your life, that might mean restoring the relationship. But that can also mean simply finding forgiveness within yourself. There’s freedom in broadening what we mean when we talk about forgiveness.

The process of letting go

Barry Doughty, ICADC-I, has been a clinical therapist in the field of addiction treatment for more than 11 years. He has worked with individuals, groups and families, helping people overcome dependency on drugs and alcohol. He is also an instructor in the Mississippi Addiction Counselor Training program. He leads primary adult programs at Oxford Treatment Center’s residential campus in northeastern Lafayette County.

Many of the addicts we work with show up with a lot of resentment, anger, hatred, hostility. All of these things keep them trapped in the illusion that it’s somebody else’s fault, or someone owes me. “If you had been dealt my hand,” they’ll say.

Those are common excuses that addicts use to keep using drugs. It doesn’t mean that there hasn’t been trauma in that person’s life, or pain from their past that needs to be addressed. But you can’t hold onto that and live a productive life. The anger — it will continue to gnaw at your soul.

Even if you have been a victim of abuse, you can’t continue to live as a victim. You can’t stay in that mental space. It doesn’t mean that people are not victimized, because they are, every day. They may use drugs to cope with that pain. But not everyone who’s been a victim uses drugs. There are better ways to cope. That’s a big part of what we work on in treatment.

Learning to let go of the anger is a process. It’s not like you just snap your fingers and you’re there. Letting it go is like an exercise you may have to do again and again.

When people do come to a place of forgiveness, you see them find a peace that they may have never felt before, or at least not in a long time. In treatment groups and in 12-step meetings, we have them share that experience with others — the whole experience, not just the good part in the end. We talk together about what it was like being in that place of anger, getting to the point where you want to let it go, and then reaching the other side in forgiveness. In recovery from addiction, we know how important it is to use our stories to encourage each other.

Personally, one thing I do if I find there’s anger built up inside of me is I pray for the other person. I pray for them, that they’ll receive in life all the good things and happiness I want for myself. And after time, if I continue that prayer, it becomes what I really do want for them.

Forgiveness is for me; it’s not for the other person. When I’m forgiving someone, I’m not doing it for them. I’m doing it so I can live and be at peace.