The Problem with Pot

Cannabis in America: A Case of Mixed Messages

From legislative halls to living rooms, is seems a consensus is building: Doing pot is no big deal. Or is it? 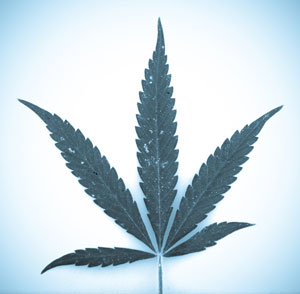 Marijuana is having its moment. A new study shows that marijuana use among U.S. adults has more than doubled since the beginning of the 21st century. Its medical use is legal today in nearly half of U.S. states, while four states and the District of Columbia have OK’d recreational use as well.

Despite the growing acceptance of marijuana as a harmless recreational drug, public opinion is outpacing the work of researchers, physicians, and lawmakers to understand the effects of marijuana and set boundaries for its “safe” use.

Caught in the middle of today’s mixed messages about marijuana are the human resource managers, law enforcement officers, and drug court personnel who increasingly find their rules out of step with cultural attitudes. Friends and family members of those who use, too, struggle to know whether smoking pot is cause for alarm or as innocent as winding down with a can of Bud Light.

From our experts’ perspective, it’s high time to stop handing down harsh prison sentences for nonviolent marijuana users. But there are also many reasons to hold back from the drug’s wholesale acceptance. Here’s why:

There’s still a lot we don’t know the effects of marijuana — and what we used to know may not apply anymore.

Cannabis is an ancient drug, its cultivation dating back 3,000 years. In American society, it rose in popularity during the cultural revolution of the 1960s and ‘70s. But today’s marijuana is very different from what the hippies were smoking. 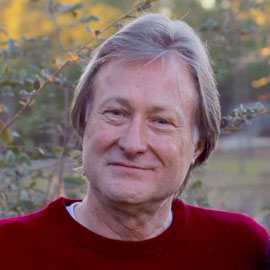 “The marijuana of the ‘60s and ‘70s is gone,” said Cardwell C. Nuckols, MA, PhD, clinical consultant for American Addiction Centers (AAC) and an internationally recognized expert on addiction and recovery.

“The marijuana we have today is so much more potent, we’re seeing a new range of psychiatric problems and psychotic episodes,” he said during a recent visit to Oxford Treatment Center. “It’s really a new game.”

In a forthcoming article for Counselor magazine, “Understanding and Treating Cannabinoid Addiction,” Nuckols describes the stark contrast between the low-THC homegrown marijuana produced in the United States four decades ago and the high-THC products that users can choose from today.

THC (delta-9-tetrahydrocannabinol) is the chemical in marijuana that acts on specific brain cell receptors to create the feeling of a high. It alters the user’s mood and senses, slows the sensation of time, and impairs body movement along with problem-solving skills and memory.

At double-digit percentages, the standard THC content in marijuana today many times what it was in the 1960s, Nuckols said. In some concentrated forms, THC content can be as high as 90 percent. New delivery systems called “vaping” and “dabbing” get highly concentrated marijuana into the body and brain.

“Add to this the long and getting longer list of synthetic cannabinoids, and it is no wonder crisis centers are seeing so many problems such as psychosis, mania and extreme anxiety,” Nuckols said.

Marijuana use is especially problematic for young people and can cause lasting damage.

Even among teenagers whose bodies look full grown, the brain is continuing to develop into their mid-20s. The earlier people begin using marijuana, and the heavier their use, the more it can impact their brain’s development.

“I’m especially concerned about preteen and teenage users,” Nuckols said. “If you start smoking at 11 or 12, and smoke pretty continuously through adolescence, the data shows about an 8 point drop in your IQ. If you’re very smart, you can withstand that loss, but if you’ve got a normal IQ of 100, that’s devastating. You’ve lost a lot of firepower, and you may not be able to get it back.”

Nuckols said heavy marijuana use during those years can hinder the development of the brain’s prefrontal cortex — the part of the brain that governs complex cognitive behavior, decision making and social behavior.

“Without a well-developed prefrontal cortex, it’s going to be very difficult for you to hold a job or a family,” Nuckols said. 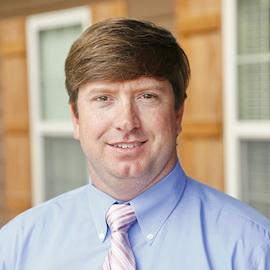 Even as marijuana’s potency has grown more dangerous, trends toward its legalization make it harder to convey the potential dangers and risks — especially to young people. Psychiatrist Stephen Pannel, DO, Medical Director of Oxford Treatment Center, said the challenge extends to young adults who are in treatment for addiction.

“From a treatment perspective, it is very hard to get young patients to understand the importance of abstinence from marijuana, given the context of state legalization, medicinal use and growing acceptance,” Pannel said. “From what I’ve seen clinically, when people in early recovery try to recreationally use marijuana, they usually return to their previous drug of choice and experience full-blown relapse.”

While harsh punishments aren’t appropriate for marijuana use, drug testing can still be a good idea.

Despite being legal in several states, marijuana is still against the law in most parts of the United States — and its possession can still land people in jail.

Across the country in 2014, nearly 620,000 people were arrested for simple charges of possessing marijuana. Marijuana arrests comprised 45 percent of all drug-related arrests nationwide. Still, most of those possession arrests do not lead to prison time today, unless combined with other crimes.

“When we throw people in prison for possessing or distributing small amounts of cannabis, we fill up prisons with people who are not criminals — but who can learn in prison how to become one,” Nichols said. “It makes sense that we are now seeing nonviolent cannabis offenders being released.”

At the same time, oversight authorities like the NCAA are looking to get out of the enforcement game when it comes to marijuana. The NCAA’s medical chief recently said the organization should test only for performance-enhancing drugs ahead of championship games, rather than disqualifying players based on tests for marijuana use.

Billy Young, CEO of Oxford Treatment Center and a 35-year veteran of the substance abuse treatment field, said college athletes should continue to undergo marijuana testing — primarily as a means to intervene when a young person is abusing the drug.

“Those individuals who do test positive repeatedly are the ones who have a problem,” Young said. “It’s about identifying them and getting them the help they need.”

The safety of marijuana is not just about how much is used — but also who is using it.

It’s true that people who use marijuana are less likely to become addicted to it than they would to drugs like cocaine or pain pills.

Our nation’s understanding of addiction is evolving, as is the way communities, governments, healthcare groups, and insurance companies respond to it. For all those reasons, the wholesale acceptance of marijuana use is still premature, Young said.

“In these areas of mixed cultural beliefs, we are being set up for addiction,” he said. “From alcohol to gambling, to eating disorders and sex addiction — there are many things our society perceives as perfectly normal, but that lead to untold damage in people’s lives.

“A certain group of people can use drugs and have no problems, but another large group will develop addiction issues and likely move on to harder drugs.

“Why? Because when they put mood- and mind-altering chemicals into their system, it affects their brain in a different way.”

Researchers believe that genetic predisposition accounts for half the risk that someone will become addicted, while environmental factors make up the other half. Young said that while addiction is regarded today as a chronic disease, our healthcare system has yet to apply personal preventative measures like addiction risk screenings.

“We get cancer screenings like breast exams and colon exams, and screenings for elevated risk of heart disease and diabetes,” he said. “We have absolutely nothing in place that addresses addiction in this way.”

Young said that as American society legalizes and normalizes marijuana, it must also adopt new approaches for helping people identify and understand their risk for addiction.

“In our society,” he said, “to promote marijuana as a harmless drug before we have those measures in place is irresponsible.”

More from AAC: What to Do When Your Child is Using Marijuana