‘We will do anything for your recovery. But not for your addiction.’ 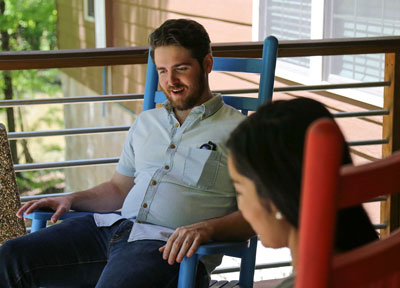 Sarah* calls her older brother on the phone, he talks about how he’s doing and asks her about her day.

“He’s always had a good heart, but during his addiction, he was only concerned with himself,” says Sarah, whose 31-year-old brother, Michael*, came to Oxford Treatment Center to seek treatment for addiction to drugs and alcohol.

Six months later, his recovery has become a process of not only transforming his own life, but also of restoring relationships with those closest to him.

“He still has a lot of work to do, but I’m so happy with him and our relationship is so much better,” Sarah says.

“I’m so thankful for that, because it tore me apart every day, watching him live in addiction. When someone you love is lying to you, you don’t know what to believe. I didn’t know how bad it really was.

“Now, he’s made such great progress, and I hope he continues. And I know that, as a family, we will do anything we can to support him in recovery.”

For a more than a decade, Michael’s engaging nature had been dulled by drugs and alcohol. He was chronically late for work. Off-hours, nothing seemed to motivate him.

When the family got together, he didn’t have much to say — beyond asking his sisters for money and trying to find out when they were going with their friends to the bar.

This was the view from the outside, as Michael’s mother, father and two sisters observed how different he’d become from the fun middle child he’d once been. The reality was far worse.

“I’d always told myself that I was going to quit doing drugs after college,” Michael said.

“I didn’t want to do this for the rest of my life. I knew I was wasting my life. But I just couldn’t stop.”

Michael’s substance-abuse problem stretched back to his teenage years, when he started drinking with friends as early as junior high. A fake ID made it easy to buy beer and liquor. By the last semester of his senior year, he made a habit of buying a six pack of beer after school and drinking it by himself at night. He went hung over to his high-school graduation.

In college, Michael started smoking marijuana with friends and tried Xanax for the first time. He stocked up a personal stash and even dabbled in drug dealing.

Michael graduated with a business degree and got his first job through family connections. He lost it two months later.

Michael spent the next six years drinking and taking Xanax during the workday and every night as well. He lost five jobs during that time. But at $300 a week for Xanax and weed, his addictions were getting expensive. Then he tried the opiate Roxicodone and was quickly hooked.

“I didn’t have the money to keep it up,” Michael said. “If I took $100, I’d spend it in one day on three roxies. I started stealing, and at that point I knew: I was either going to quit or get caught. I hated the way I was living. I knew I had to do something.” 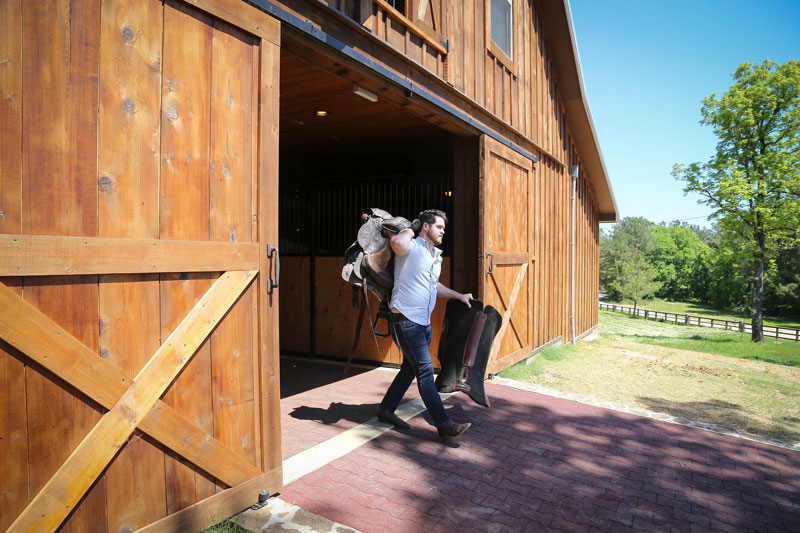 Michael began looking for a rehab facility in the north Mississippi area and found Oxford Treatment Center. He checked himself in and let his family know.

“When I got there, I didn’t fight the program; I was just so relieved,” he said. “Detox was good, and I stayed at Oxford Treatment Center for four more weeks. It was 45 days total, but I needed it. I learned a lot. I listened and understood.”

Still, his first instinct was to try to avoid involving his family in his treatment and recovery.

“I felt like it was my issue,” he said. “I wasn’t hurting my family, and I had decided myself to come to treatment.

“But as I listened, I realized: I do want my family involved. I don’t have to do this alone. They can understand what I’m going through. They can have my back, and we can do this together.”

During his time at Oxford Treatment Center, Michael’s family was able to witness the changes slowly taking place in him during family visitation each Sunday afternoon. As his residential treatment term neared conclusion, his parents and sisters came to the Oxford Outpatient Office to take part in the two-day Intensive Family Therapy Program.

“The speakers were so informative, as well as the books they gave us,” said Michael’s mother, Teresa*. “Everything they said was like a wake-up call for us.”

Each of the family members took time to prepare their own list of ways that Michael’s addictions had affected them and caused them pain. On the afternoon of the program’s second day, they and the other families present were reunited with their loved ones who had been in treatment. Broken down into small groups, they began a time of sharing.

“I was ready to tell him exactly how we felt after all these years,” Teresa said. “As we spoke, I was surprised by how open he was, too. He told us so many things he did; there was so much I didn’t know.

“We all tried not to hide anything, and I think that was the beginning of us feeling like he was part of the family again.”

Empowered by their new understanding through the Intensive Family Therapy Program, the family also prevailed in convincing Michael to continue in Oxford Treatment Center’s Sober Living program rather than coming straight home after residential treatment.

“I told him, ‘I don’t want to lose you. If you die, I will die. But I’m not going to support your addiction,’” Teresa said. “’We will do anything for your recovery, but not for your addiction. Things are going to be different now.’”

hile he initially refused, Michael consented to enter Sober Living, where he had a chance to practice a substance-free way of life and stay closely connected to the treatment program.

“I can see now that going home and sitting at my parents’ house for two months would have been terrible,” he said. “Coming to Sober Living was the best decision I could have made. We were doing a lot — coming to meetings, volunteering at programs — but we still had so much time to ourselves. I’ve been able to stay connected to the people who helped me, and I’m helping others, too.”

After two months in Sober Living, Michael was ready to move in with a roommate. He got a new job, one he’s excited about. 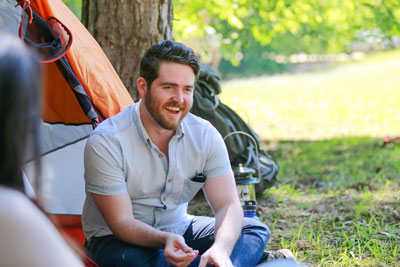 “The way I was living before was stressful,” he said. “I was never happy. I just wanted to be alone. Today, everything is falling into place, and I’m happier than I ever was in my addiction.”

Michael talks to his parents and sisters often.

“We’ve seen such a big change,” said his father, Anthony*. “He talks about everything. The lying part used to bother me more than anything, but he is open with us now. He shows compassion and love.”

For Sarah, the experience of being part of her brother’s recovery has shown her that family members do have power to help affect change in the life of an addict or alcoholic. Says Sarah:

“Don’t give up on the people that you love, and always push to make them better.”

“Just because they’re in a really low point and they’ve hurt you, that doesn’t mean they would have done the same things when they were sober,” she said. “When they’re in the midst of addiction, they are selfish people. They do things that hurt people and have no remorse for it.

“I’m the last to defend the things my brother did, because he’s hurt our family so much. But we love him. He deserves a chance to get better.”

*Names and identifying details have been changed. Photos are actor portrayal.