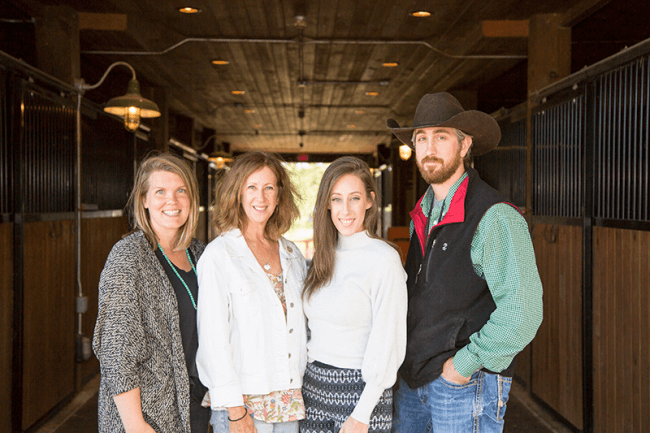 A year after death, family returns to visit influential therapists

When Ryan Smith was killed in a car accident in 2017, the loss was profound for his family and friends.

Many of them had known someone who’d died from a drug overdose. But how could a young man have worked so hard to build a new clean life — only to lose his life at age 26? It was unfathomable. 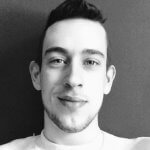 More than a year later, the grief is still fresh. But those who shared Ryan’s recovery journey are remembering the gratitude that defined the final 10 months of his life.

He was focused each day on finding something to be thankful for.

“He was focused each day on finding something to be thankful for,” said his mother, Cheryl. She and his sister, Heather, visited Oxford Treatment Center this fall to reconnect with the staff who’d helped him overcome opioid addiction.

“He really got a lot out of the program here,” Cheryl said. “He became passionate about staying clean.”

Therapist Laura Merrill McCaleb said that even during treatment Ryan was a steady force of encouragement to those around him.

“When another member of our group was broken and depressed, Ryan sat beside him and said, ‘Here’s what worked for me,’” McCaleb recalled. “He helped everyone see: Yes, being in treatment is hard. But it’s going to get better.”

Ryan came to Oxford Treatment Center after battling addiction for several years. A native of Connecticut, he had always been a big-hearted kid, his family said.

“He was very caring towards other people,” his mother said. “Ryan had a lot of good friends, and friendships meant a lot to him.”

She believes he initially began using painkillers as a way to cope with anxiety and depression. She sent him to counseling, but he didn’t stick with it. He tried a short-term detox, but relapsed within a few days.

Ryan’s addiction progressed, sending his life into a downward spiral. He lost jobs. He totaled his car. When his pain-pill addiction became too expensive to maintain, he switched to heroin. He pawned his mother’s television and heirloom jewelry to get money for more.

The person he became in the midst of addiction is not who he was.

“The person he became in the midst of addiction is not who he was,” said Cheryl, for whom her son’s recovery journals revealed the depth of his struggle.

“He was living in pain because of the addiction,” she said. “He hated himself because of what he was doing, but he couldn’t stop. He didn’t want to use drugs anymore, but going through withdrawals was too much to endure.”

When Ryan’s counselor recommended he go to treatment far from home, Cheryl chose Oxford Treatment Center. Its signature equine therapy program seemed like something her son could benefit from.

In making the decision, she drew a clear line for him: Go to treatment, or find someplace else to live.

“I had to stop enabling him,” she said. “And he was ready: The things he was doing were tearing him apart inside. He said, ‘All right. I’ll go.’”

At Oxford Treatment Center, Ryan proved his mother’s instincts correct. Equine therapy — using horses for learning experiences both in and out off the saddle— became a central focus during his time in treatment.

Equine Therapist Greg Davis recalled how anytime a group member didn’t show up for trail rides, Ryan was always standing by to mount the extra horse. After therapy sessions, he devoted downtime to practicing his newfound roping skills, lassoing a dummy calf over and over.

He was so encouraging — not just to the other patients, but to the therapists, too. I feel like he helped me as much as I helped him.

“Ryan’s enthusiasm in trying new things helped other people become open-minded, too,” Davis said. “He was so encouraging — not just to the other patients, but to the therapists, too. I feel like he helped me as much as I helped him.”

From the riding trail to the ropes course, Ryan began to channel the motto “give 110 percent” — the rallying cry from his old high-school wrestling team. The attitude continued after residential treatment at the Etta campus, as he transitioned into sober living and outpatient programs with Oxford Treatment Center.

Ryan’s therapists and family said he was willing and focused on following guidance about how to move forward in early recovery and avoid relapse. He attended Narcotics Anonymous meetings religiously and called his sponsor each day. Soon, he became an integral part of the local 12-step recovery community.

When the car accident claimed his life, he had been on his way to a recovery meeting to speak about his experience.

Living several states away, Heather Smith had watched her brother’s progress from a distance. She’d only just begun to try to trust him again.

The days and weeks after his death brought a swirling haze of emotions: The shock and grief of sudden loss. Resentment from the pain he’d caused their family during his addiction. Fresh anger, too, that now he would never see the healthy long life she wished for him.

As the fog began to lift, messages from Mississippi were a ray of comfort for the family. In cards and letters and Facebook messages, they heard from people who had been in treatment with Ryan and from others he’d met in NA meetings. They were doing more than praising his kindness: They were giving him credit for helping them stay clean and sober.

“People were writing to us, saying things like ‘He saved my life,’” Heather said. “I was amazed. He had touched so many people.

“I used to look at him and think, ‘Why can’t you get your life together?’ But he became a better person in recovery — better than me. Now I strive to live up to him.”

For Cheryl, who had been a closer witness to Ryan’s early recovery, the messages were a powerful affirmation: The big-hearted, life-loving son she raised had been there all along. Addiction had overshadowed his character, but not erased it. The proof was abundant.

“I couldn’t imagine going through this if he had been using drugs and died that way,” she said. “Knowing the impact he had in recovery is what gets us through.”

The family has since established the Ryan D. Smith Memorial Fund and hosted fundraising events, bringing in more than $10,000. The funds are being used to provide scholarships for students in Ryan’s high-school wrestling program. The family is also using funds to enhance the equine-therapy program at Oxford Treatment Center and to provide sober-living care packages for people working to find their own recovery.