From Prison to Recovery

For Jacques Wuichet, the date April 21, 1996, marked a turning point in life. It was his first day of incarceration. And it was the day he got clean. One wouldn’t have happened without the other. 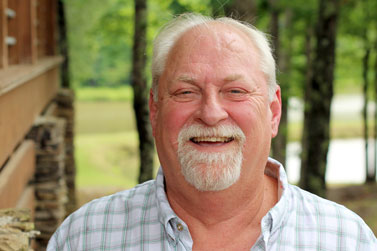 “The day before, I smoked all the pot I had, because I knew the cops were coming,” Wuichet said. “Any other time, I would have taken off and run the way I always did. But I was so tired of living that way.”

“I believe in helping others,” he said. “I see the value in what I can give: I’ve come from that deep, dark place — from the abyss — into the light of recovery that God gave me.

“God makes a way for me to give back what was freely given to me.”

Wuichet traces his personal history with drugs and alcohol as far back as childhood, when early habits like lying and sneaking around steered his path toward trouble.

“Smoking cigarettes and stealing things — it just became a way of life,” he said. “It wasn’t hard to move into using drugs. Whenever somebody offered me something, I’d take it.”

Right out of high school, Wuichet earned his first felony, for breaking into a drugstore. He soon began selling pot for his dealer so he could smoke for free.

“Back then, it was $10 a bag,” he said. “I’d go out to a little pool hall by the community store, take a little bit out and sell the rest. I didn’t really intend to become a dope man. But if you show up every Friday with a sack full of dope, you become the dope man.”

Over the course of two decades, Wuichet distributed ever-larger quantities of marijuana and grew deeper into his own addiction. Marijuana was his drug of choice, but he also took everything from opiates to methamphetamines when he could find them.

His circle of friends grew smaller.

“You can’t trust people when you’re a criminal,” he said. “I didn’t know anybody who got clean. I think some folks got religion — we called them ‘Jesus freaks’ back in the ‘70s — and we didn’t see them anymore.”

“When I was using, I wanted the best drug connection. In NA, I applied the same drive to a passion for life in recovery…”

Ultimately, reaching rock bottom became Wuichet’s opportunity to turn his life around. He was charged in two different states with transporting and distributing drugs, and began a five-year prison sentence in Texas. There, he connected with a branch of Narcotics Anonymous that brings the 12-step message to people in hospitals and institutions.

“They would do a book study with us and bring in speakers,” he said. “I got introduced to the idea of people staying clean and coming back in to share the message.”

During his imprisonment, Wuichet began to correspond with members of a Narcotics Anonymous group in Tupelo. Two members began writing to him every week, sharing about how their lives had changed in recovery.

Wuichet soon found he could take the same drive that had fueled his addiction and apply it instead to his recovery.

“When I was using, I wanted the best drug connection — and then I wanted his connection so I could get it cheaper,” he said.

“I used that same approach when I went to NA meetings. I’d look for the best connections, and I’d find the good people working their program and living a life I would want to have. I’m using the same drive. But instead of it coming from desperation and active addiction, now it’s a passion for this life I’ve acquired by staying clean and working a program.”

Those NA connections helped Wuichet transition after prison into a new way of life. He spent a career working for a tire company and went back to school at a local community college. He also began taking classes through the Mississippi Association of Addiction Professionals (MAAP) to become a Certified Alcohol and Drug Counselor. 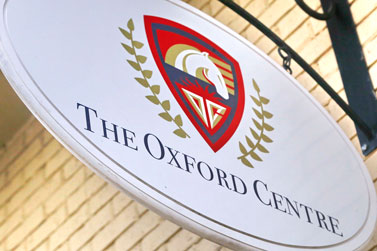 Wuichet joined Oxford Treatment Center in 2012 as a behavioral health technician (BHT) at the residential campus. After two years, he transitioned to the Tupelo Outpatient Office and gained more clinical experience.

He returned to the residential center in 2015 as a weekend counselor. His role today includes spending time with patients and with their families during Sunday afternoon visitation. In leading groups, Wuichet shares his own experience alongside NA literature.

“Once we get the drugs out of the way, we can start working on ourselves and become who God intended us to be,” he said. “The process starts here, and our goal is to get them connected into a 12-step program or whatever works for them as a recovery system.”

The past two decades have given Wuichet a long view of how recovery unfolds over time. It’s not necessarily what people in treatment want to hear, and he knows that.

“When I was in active addiction, I started out wanting magic to happen, just to get me out of this situation,” he said. “Once I got to NA, I started to get some hope. And that’s what the program offers. I started working the steps, and found a God of my own understanding, and I started to have faith.

“From wish to hope to faith to trust — I can look back now and see how it progressed. If you’re sitting here trying to figure all it out, you’ll be doing that the rest of your life. It’s just through the experience of living life that you gain understanding.

“It could be 10 steps or a thousand miles away — everyone’s journey is different. But you just have to keep moving forward, because somewhere up ahead, that trust and understanding is waiting for you.”

“The most important thing that non-addicts can do is to get educated about addiction.”

While his time in prison proved to be the turning point in his life, Wuichet hopes that reforms to the judicial and prison systems can make them a more effective intervention for people in addiction.

He recalls a judicial candidate once handing him a campaign card during a National Council on Alcohol and Drug Dependence (NCADD) meeting in Tupelo.

“I’m a three-time convicted felon, so I can’t vote for you,” Wuichet replied. “But I’ve been on the other side of your bench. I’ve seen that all people get in prison is an education on how to become a better criminal. What are you going to do to change your system?”

In recent years, Wuichet has been encouraged by the growth of drug court programs, which use the threat of prison time as leverage to get nonviolent offenders into treatment for addiction. It also gave him hope to see officers from the Mississippi Department of Corrections attend MAAP classes with him to learn more about addiction.

“The most important thing that non-addicts can do is to get educated about addiction,” he said. “Almost everyone today has had addiction affect them, either personally or in a friend or family member. People have an idea of what addicts look like — but it could just as easily be your grandma who’s been abusing her pain meds for years, as it is the guy laying in the gutter with a spike in his arm.

“Addiction does not discriminate, and it doesn’t care where you come from. It’s only by looking past the stigma and getting educated about addiction that we can help people reclaim their lives through recovery.”