Being clean isn’t as bad as he thought it would be. It’s definitely a lot better than jail.

That was the verdict 22-year-old Josh* gave after his first few weeks in Oxford Treatment Center’s Sober Living program. He had completed his 30-day stay in residential treatment for drug and alcohol addiction, where he had begun the process of turning his life around. The former college student and his family then decided the next step in Oxford Treatment Center’s Continuum of Care was the right choice for him.

“After all they’ve invested in completing residential treatment, patients and their families want the best chance for lasting recovery,” said Kelly Ferguson, LMFT/FL, Clinical Outpatient Therapist at Oxford Treatment Center. “Studies show that patients who follow up residential treatment with a stay in a Sober Living environment double their chances of staying clean.

“Having a chance to practice what you’ve learned can make all the difference.”

In Sober Living, patients step down into a less structured environment than that of a residential treatment program. Patients live in a home with others in recovery. They attend 12-step meetings, participate in aftercare meetings, meet regularly with a therapist, and agree to random drug screenings. A typical stay in Sober Living is 60-90 days or longer.

An extended term wasn’t what Josh or his parents, Ed and Sandra, were planning when they began the treatment process at Oxford Treatment Center. 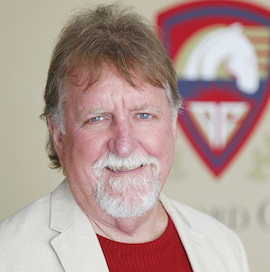 “We went to the Intensive Family Therapy Program thinking we were just going to bring him home, and he’ll be better,” Sandra remembers. “But then we learned that one month of treatment is not enough.”

That’s because 30 days of treatment is only the beginning of breaking down the denial and defenses that the disease manifests.

“Addiction is a chronic disease,” Ferguson said. “Even after residential treatment, the patient still has much work to do in learning how to cope with life and manage stress without using a substance.”

That was the case for Josh, whose stay as part of Oxford Treatment Center’s Sober Living community enabled him to take his first independent steps into his new life.

“That’s where I found out that being clean isn’t as bad as I thought it would be,” he said. “I learned how to have clean fun — with or without other people.”

During Josh’s stay in Sober Living, Oxford Center staff communicated closely with his parents. Oxford Treatment Center now provides sessions with a therapist for family members during a patient’s stay in Sober Living. The sessions allow family members to continue working through issues raised during the Intensive Family Therapy Program, and also to prepare for their loved one’s return.

Before treatment, Josh had faced criminal charges for selling drugs. He’d been a good student and a strong athlete until he went off to college, where heavy drinking had led to experimenting with drugs. By his sophomore year, he’d been arrested for DUI twice. He began selling drugs to help pay those fines.

Josh was arrested in a drug bust by the U.S. Drug Enforcement Administration and spent three days in jail before his father bailed him out.

“The whole time I was in jail, I promised God I’d get treatment,” Josh remembers. “After leaving jail, I went straight back to drug and alcohol use.”

A month later, with legal consequences hanging over his head, Josh consented to go to treatment at Oxford Treatment Center.

“I didn’t want to get clean, but I felt like I had to convince the judge I was trying,” he said. “I was trying to get people off my back and was trying to do things for court.”

During Josh’s treatment he came to see that he really had a problem. After hearing a speaker at an AA meeting, Josh found himself relating to everything that was said. That’s when it all clicked, he said.

For Josh, Sober Living offered a chance to continue the process of connecting with others and building trust, while figuring out what life looks like in recovery. Additionally, the 12-step meetings helped him conquer one of his biggest fears: Sharing in front of a group. 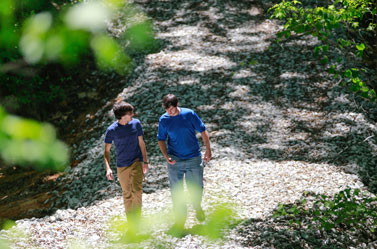 “It was hard at first to get used to opening up, sharing and asking for help,” Josh said. “Being in Sober Living helped me with that a lot. I finally started opening up.”

In the Sober Living program, Josh started exercising and playing sports again, enjoying golf and other hobbies. He got involved in the 12-step program and began working the steps with a sponsor. He spent time doing volunteer work, then landed a full-time job with a boss who looks out for him like a mentor. He still has plans to finish his undergraduate degree.

“He seems a lot happier,” his mother said. “He’s got a lot more direction and purpose in life.

“He’s working, paying his own bills, doing his own taxes. He’s taking responsibility for his actions now.”

Between working full time and attending 12-step meetings, it can be challenging for Josh to fit everything in. Many nights, he said, he goes straight from work to a meeting.

*Names of the patient and family members have been changed.