The season 2 finale of Euphoria was heartbreaking to watch for many reasons, but it turned out to be a cautiously optimistic ending for Rue. Part one and two of the finale centered around a play put on by Lexi about the lives of her friends, including her best friend Rue. The audience gets to see, from Lexi’s point of view, Rue coping with her father’s death with the opioids she started taking from her dad during his cancer treatment.

The Link Between Trauma and Addiction 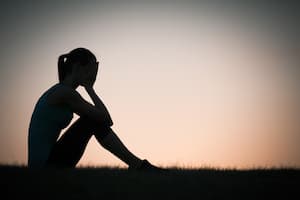 Losing a loved one is one of the most painful experiences a person can endure in life. The loss of a parent is an extremely high-stress even for a child, and children who lose a parent have been shown to be at increased risk for depression, PTSD and the eventual development of substance use disorders.1 For Rue, opioid use became a dangerous coping mechanism for the trauma of losing her dad.

With some sober time under her belt, Rue was finally able to look back at her experiences with a clear mind after reliving the traumatic scenes through Lexi’s eyes. Sam Levinson, the director of Euphoria explained that watching the play about her life allowed Rue to look back at her past and truly see both the sadness and the goodness in her. However, Rue’s new sobriety meant she had to deal with the anger and grief surrounding her dad’s death that she had been using substances to suppress. After the play, Rue tells Lexi, “I think I’ve been through a lot, and I don’t know what to do with it”.

Rehabilitation programs are an excellent resource for someone like Rue who has experienced an event like the death of a loved one and problems related to substance use because they can help patients address the relationship between addiction and trauma. Rue isn’t alone in her experience; there is a strong link between traumatic life events and addiction, especially among girls/women.2 Through professional trauma support in a treatment center, individuals can safely work through traumatic events and work on ways to cope that don’t involve drugs or alcohol.

Hope for the Future

In the last scene of the season 2 finale, Rue says to the audience, “I stayed clean through the rest of the school year. I wish I could say that was a decision I made; in some ways it was just easier. I don’t know if this feeling will last forever, but I am trying”. It was a hopeful ending but still open-ended, leaving the audience to question whether Rue would be successful in maintaining her sobriety. This is a question that every person who struggles or loves who someone who does will have to grapple with.

Fortunately, there are ways to help a person stay on the right track. A robust aftercare plan in place following treatment is a great tool in preventing relapse. Alumni networks, 12-Step programs, outpatient programs, individual therapy, and other resources keep recovery momentum strong.

Sam Levinson, the creator of Euphoria and someone who struggled with substance use as a teenager, wanted viewers of the show to know that “being able to kinda talk about these things is an important part of the human experience.” Euphoria has done a phenomenal job in facilitating conversations around substance use disorders and mental health. Letting the audience experience the good and bad—and the humanity of each character—helps weaken the incorrect assumption our society has that addiction doesn’t happen to good people. Although Rue’s future is unsure, she found a little bit of hope. Season 3 cannot come soon enough!