Cuban: Empathy Empowers Others to Recovery

After 22 years in addiction to drugs and alcohol, it wasn’t the open embrace of his brothers that drove Dallas attorney Brian Cuban to enter recovery. It was their folded arms.

“They had started to distance themselves,” said Cuban, now eight years sober. “They’d had enough, and that terrified me. I couldn’t lose the gift of their love, because if I did, I would have lost everything.”

That turning point changed everything, Cuban told a crowd of some 100 people at the University of Mississippi’s Overby Center Auditorium on Friday, Nov. 13.

Cuban is the middle child between older brother Mark, owner of the NBA’s Dallas Mavericks, and younger brother Jeff, a cable TV executive. Ultimately, he said, intensive therapy and the 12-step program helped to introduce peace into his life.

“Know that recovery is possible at any age,” he said.

Among those attending the event were university students, CRC advisory board members and donors, and residents of Oxford Treatment Center’s sober living program. Cuban encouraged the audience to consider how their interactions with the people around them can affirm personal value in powerful ways.

“Everyone in this room has the one tool that is sometimes all that’s needed to empower another person into recovery,” he said. “It’s the gift of empathy: Asking, ‘How can I help you? And if I don’t know how, I’ll walk through it with you.’”

“How can I help you? I don’t know how, I’ll walk through it with you.”

It was through affirming relationships that Josh H., today a UM law student, began to conceive of life after addiction while studying at Itawamba Community College. Offering his story as an introduction to Cuban’s talk, Josh said his early life was defined by drugs and crime. Being part of a positive community and seeing doors open through education changed his perspective.

“For the first time in my life, I had something to lose,” he said. “I was given an opportunity to get an education, and that motivated me to get help.”

Josh is sober today and is a graduate of the UM Honors College, aiming for a career in criminal law. Relating to fellow students in the crowd, he said education and recovery go hand-in-hand.

“We do better when we know better, and a lot of people don’t get that chance,” he said. “Recovery is seen as a shameful thing, but we’re here to raise awareness because the silence is killing us. There’s a better way to do this, and you don’t have to do it alone.”

The UM Collegiate Recovery Community provides guidance, fellowship, support and scholarships for students in recovery from drug or alcohol addiction. For more information or to get involved, visit olemiss.edu/recovery. 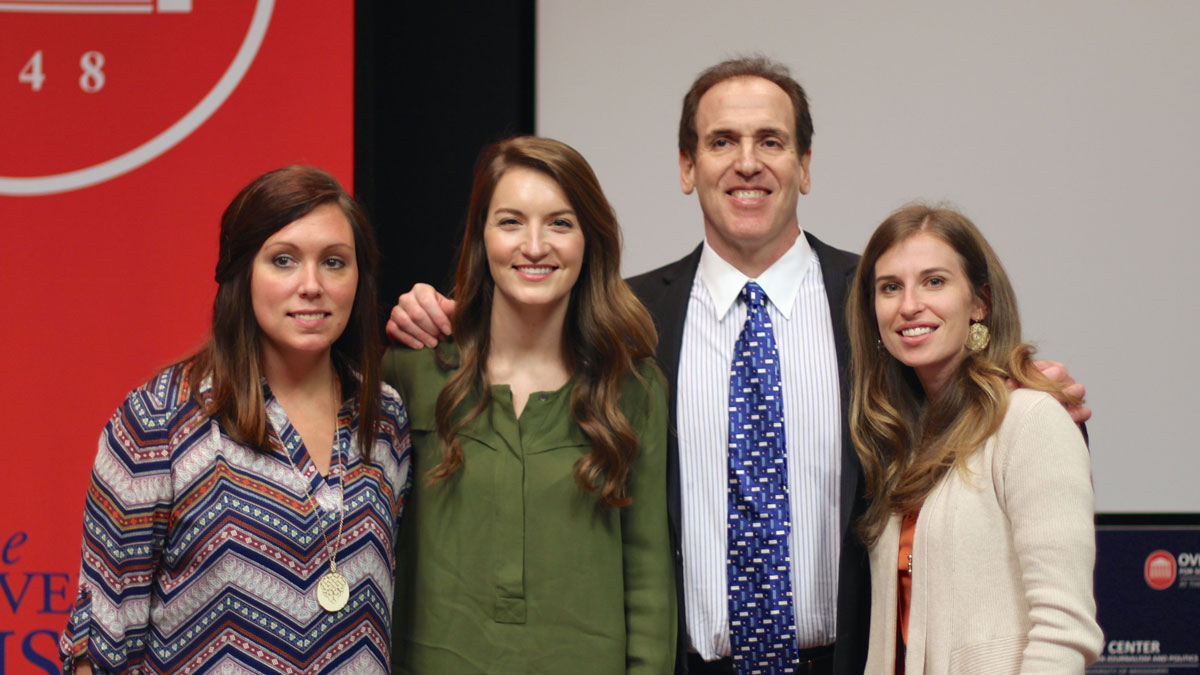