Can Baclofen Be Used for Addiction Treatment?

Baclofen goes under the brand names Gablofen and Lioresal (as well as the discontinued brand Kemstro). Baclofen is a central nervous system depressant that is structurally related to the neurotransmitter gamma-aminobutyric acid (GABA). GABA is the primary inhibitory neurotransmitter in the central nervous system, and its function is to decrease the firing rates of other neurons. When GABA is released in large amounts, it results in calming, sedating, and relaxing effects, and it may even lead to issues with coordination in reflex actions.

Its FDA-approved uses are primarily to treat:

The last factor is perhaps the most telling. It appears that the utility of baclofen in reducing cravings, reducing alcohol intake, and helping individuals maintain abstinence is similar to other drugs designed to be used in the treatment of alcohol use disorders, such as Antabuse. In individuals with little or varying motivation to remain abstinent, these drugs do not seem to be efficacious; however, in individuals with strong motivation to adhere to their recovery program, the medications may have better utility. Such issues may explain the contradictory findings in the research mentioned above.

Baclofen is not approved by the FDA at the time of this writing for the treatment of alcohol use disorders.

Thus, the bottom line is that the research on baclofen’s utility in the treatment of alcohol use disorders is mixed. Conclusions from these studies suggest that the effectiveness of baclofen in reducing cravings and alcohol intake may be attenuated by individuals who: 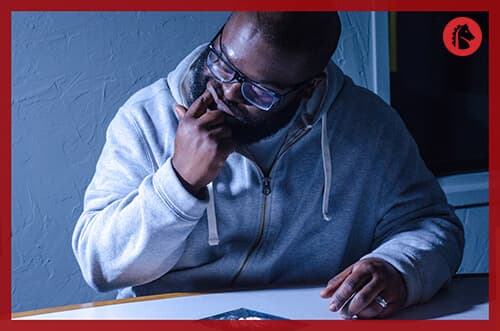 Stimulant use disorders comprise a number of different drugs of abuse and include prescription drugs like Ritalin and illicit drugs like cocaine and methylphenidate (crystal meth). There are a number of studies with animals, such as a recent study presented in The European Journal of Pharmacology that suggest that baclofen may be useful in treating cocaine addiction, including for relapse in individuals recovering from cocaine abuse. Studies with animals are preliminary studies to build a case for using human participants and to eliminate drugs that have obvious dangers associated with the use or that are totally ineffective. The findings from animal studies do not always generalize well to human participants.

A preliminary study reported in the journal Neuropsychopharmacology in 1998 using 10 individuals with cocaine abuse issues reported that the group’s overall use of cocaine was diminished and cravings were reduced with the use of baclofen; however, nine of the 10 individuals did use cocaine at least once over the course of study, and the study was of limited duration.

There are some reports online that suggest that baclofen may be useful in the treatment of opiate use disorders. A good deal of this information is based on anecdotal evidence and a few case studies. For example, in 2015, the International Journal of Research and Reports reported on a case study of an individual recovering from an opiate use disorder as a result of heroin abuse who was administered baclofen and Clonidine and suffered no serious withdrawal symptoms. Case studies represent the weakest form of observational evidence with respect to determining whether or not a specific type of treatment is efficacious.

Many sites tout baclofen’s efficacy in the treatment of substance use disorders, and there even several books that claim it is an effective treatment for cravings, withdrawal symptoms, and relapse for a number of different substance use disorders. However, the research regarding the efficacy of baclofen appears mixed at best, and more targeted research needs to be performed in order to determine under which conditions and for which substances baclofen can best be utilized.

Currently, baclofen is used in a number of a clinical settings. It is unclear if the drug is effective in these settings and at what rate its effects are produced. It does appear that baclofen is most useful for individuals who are not suffering from other co-occurring mental health disorders and who are highly motivated to be abstinent.